At last the clouds are beginning to recede as the NFL’s landscape for 2020, once shrouded in a thick layer of uncertainty, comes into clearer view. Each Adam Schefter tweet fills in more of the puzzle, every report filed by Ian Rapoport adding another coat of paint to the canvas. It’s been a frenetic week of signings and trades across the league and while free agency’s blistering early pace has since slowed to a brisk jog, there is still much work to be done. With fewer players to choose from, teams will have to get creative in their pursuits, recalibrating on the fly as doors close and others open.

The Tom Brady window has come and gone while the Amari Cooper train has similarly left the station. But there are still a few slices of free-agent pizza left to be consumed as marquee names like Jadeveon Clowney and Jameis Winston continue to roam the NFL wilderness. Who knows the shelf life of this article—the director’s cut of this article featured a paragraph on Todd Gurley (the backfield-starved Falcons snatched him up before I could even press the submit button). But before the scenery changes too drastically, here are seven free-agent difference-makers worth considering: 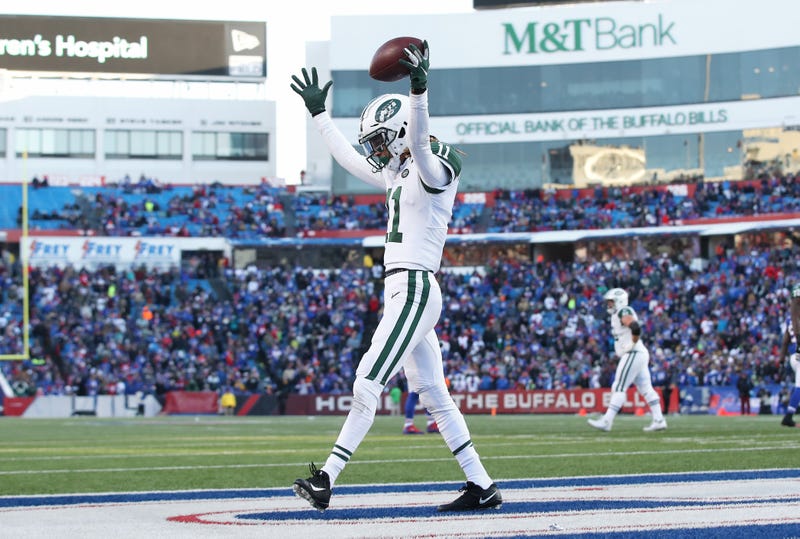 Anderson may not be everyone’s cup of tea. He’s encountered his share of off-field hurdles (two arrests) and never put up huge counting stats during his Jets tenure (career-highs of 63 catches and 941 receiving yards). As a downfield weapon who relies on his superior speed for separation (4.36 forty time), Anderson has often struggled with efficiency, converting a mere 53.7 percent of his targets over the past two seasons. Those shortcomings could be why his market has been slow to develop along with his reported asking price of $12-15 million annually, though there’s still plenty to like about Anderson, an explosive home-run threat with untapped potential.

If the 26-year-old can align with a quarterback that fits his specific skill set, he could do gangbusters at his next NFL stop. Anderson has said he’d prefer to stay in New York, but he’d make an awful lot of sense for the Eagles, who can’t afford to squander another year of Carson Wentz’s prime with subpar weapons like draft bust JJ Arcega Whiteside and injury-prone underachiever Alshon Jeffery. Anderson, it should be noted, played his college ball at nearby Temple University. 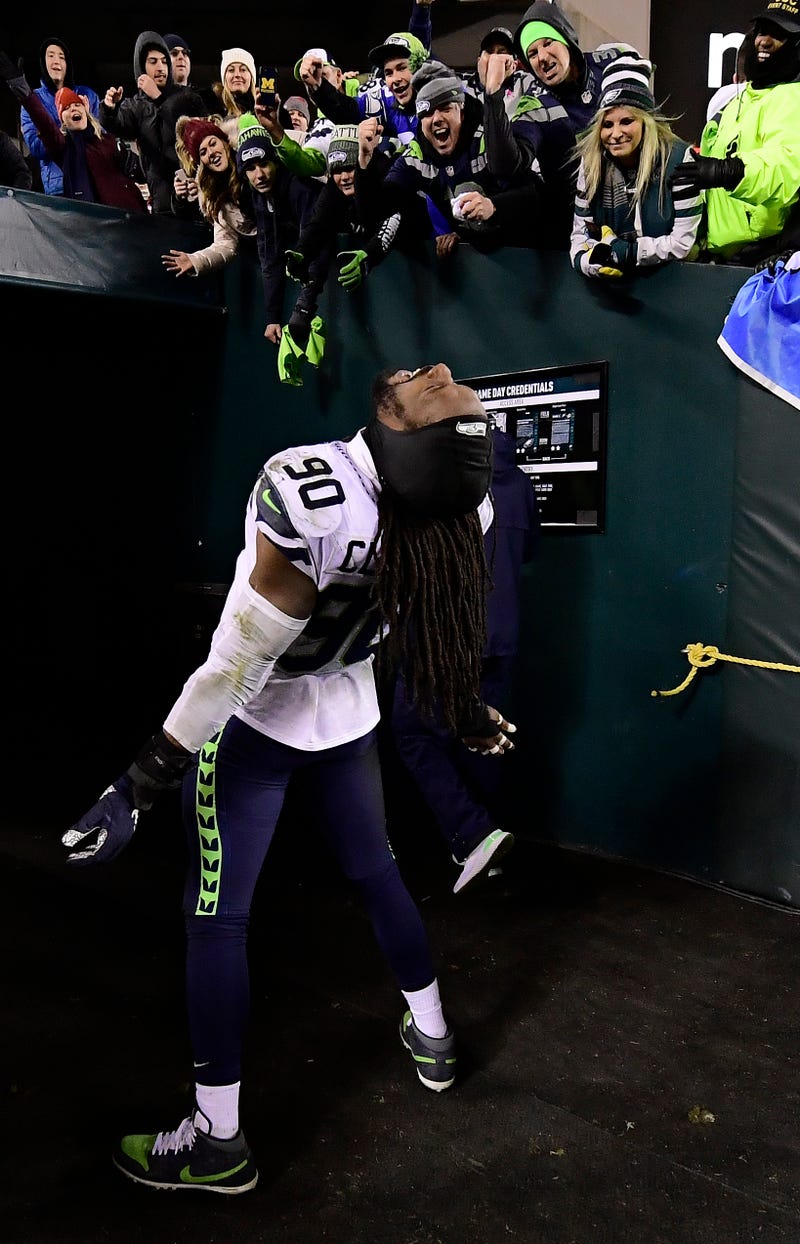 Since legal tampering began Monday, Clowney has heard nothing but crickets. Clowney’s market should warm up at some point, though his goal of becoming the highest-paid defensive end in football—a title currently held by Cowboys sack artist DeMarcus Lawrence—now seems increasingly farfetched.

Clowney logged just three sacks last season, his fewest since his injury-spoiled rookie campaign in 2014, but that didn’t stop him from garnering ProFootballFocus’ ninth-highest grade among 4-3 defensive ends. When healthy and motivated, Clowney can affect the game like few others, though that combination has been hard to find for the three-time Pro Bowler. For all his flaws, the polarizing 27-year-old remains the top pass-rusher among free-agent holdovers. 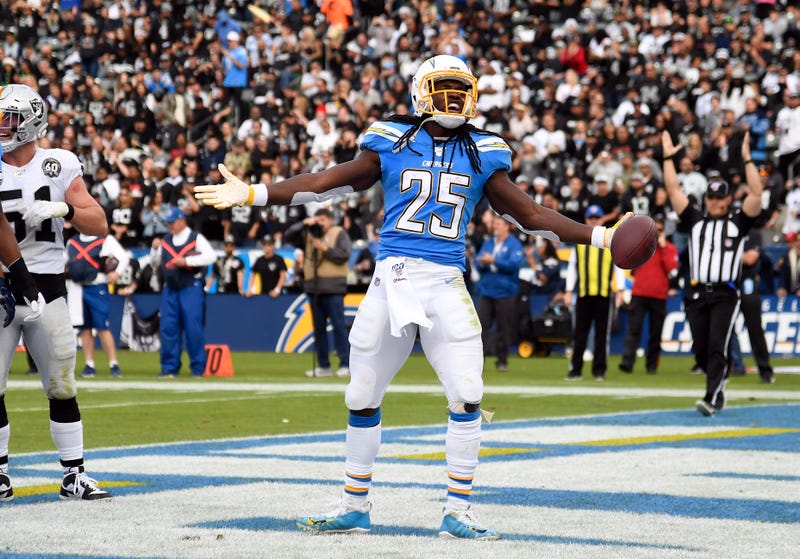 Gordon could be feeling the pain of 2019 for some time. Whether it was karma, bad luck or some combination of the two, Gordon picked the absolute worst time to lose his swagger, limping through a painfully pedestrian contract year. The fifth-year ball-carrier scoffed at the Chargers when presented an offer of $10 million annually last summer, then proceeded to average his fewest yards per carry since 2015 (his rookie season) while struggling to keep pace with breakout star Austin Ekeler.

An eight-figure salary is probably off the table for Gordon, who we haven’t heard a peep from since free agency started four days ago. In fact, some have speculated the 26-year-old could be forced to accept a committee role rather than the workhorse opportunity he’d been seeking. The Wisconsin alum did himself no favors with his tepid play last year, but he’s still a proven commodity with soft mitts (224 career catches) and a nose for the end zone (combined 47 touchdowns over his last four seasons). Whether it’s with the running-back-needy Bucs or elsewhere, Gordon should turn up soon enough. 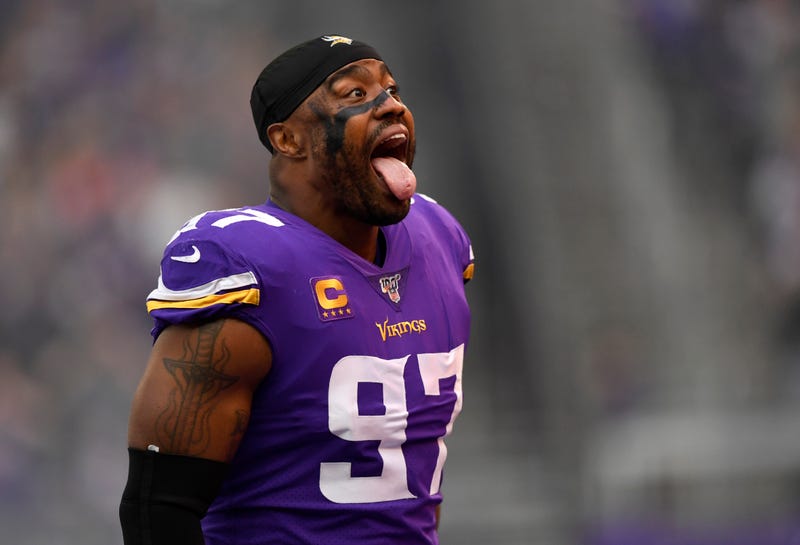 Given his impressive resume—four Pro Bowls, 74.5 career sacks—you’d think Griffen would have a line of suitors stretching halfway down the block for his services. Instead, the long-time Viking has spent the past week getting cold-shouldered. Griffen’s age (32) may have something to do with his relatively icy reception in free agency, though it’s still surprising a pass-rush-needy team like the Falcons or Seahawks hasn’t taken the plunge.

Perhaps Griffen overplayed his hand when he voided the final three years of his contract in anticipation of a free-agent bidding war that has yet to transpire. It’s possible Griffen is waiting for the Vikings—the only team he’s ever played for—to put forth their best offer, though Minnesota doesn’t have much room in the budget for him ($7.97 million in available cap space). Defenders of Griffen’s elite caliber don’t grow on trees and while the opportunity hasn’t presented itself yet, I’m betting the veteran’s free-agent exile won’t last much longer. 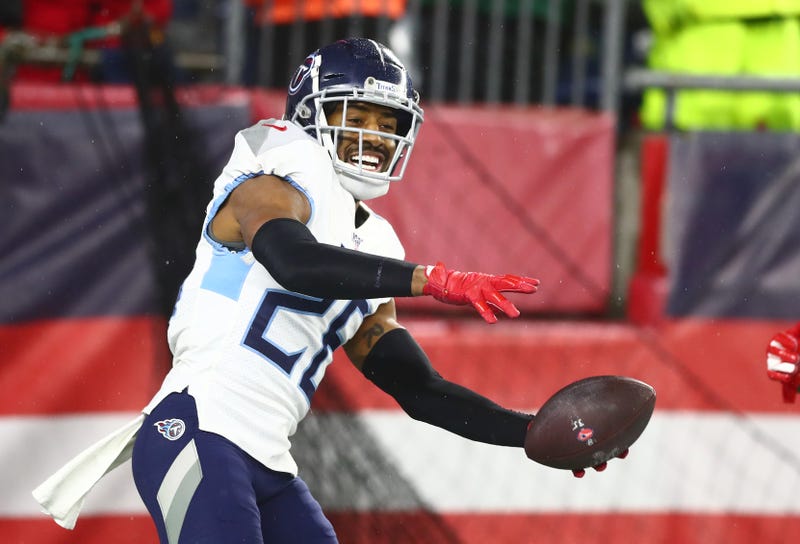 It’s been slim pickings for Ryan, who has spent the week watching in agony while teams have showered his cornerback brethren—a brotherhood including the likes of Darius Slay, Byron Jones, Chris Harris and Desmond Trufant—in cold, hard cash. Of course, Ryan isn’t nearly as talented as the players I just mentioned (he’s never garnered a Pro Bowl invite) and is coming off a down 2019 (PFF graded him 94th in coverage out of 128 qualifiers at cornerback). But the former Rutgers Scarlet Knight still offers championship pedigree owing from his four-year stint with New England and a nose for the football (17 career interceptions with four of those picks occurring last season). He’s also been unusually durable, sitting out just three of a possible 112 regular-season games since arriving in the league as a third-round draft choice in 2013.

A man of principle, Ryan has been adamant he won&#x2019