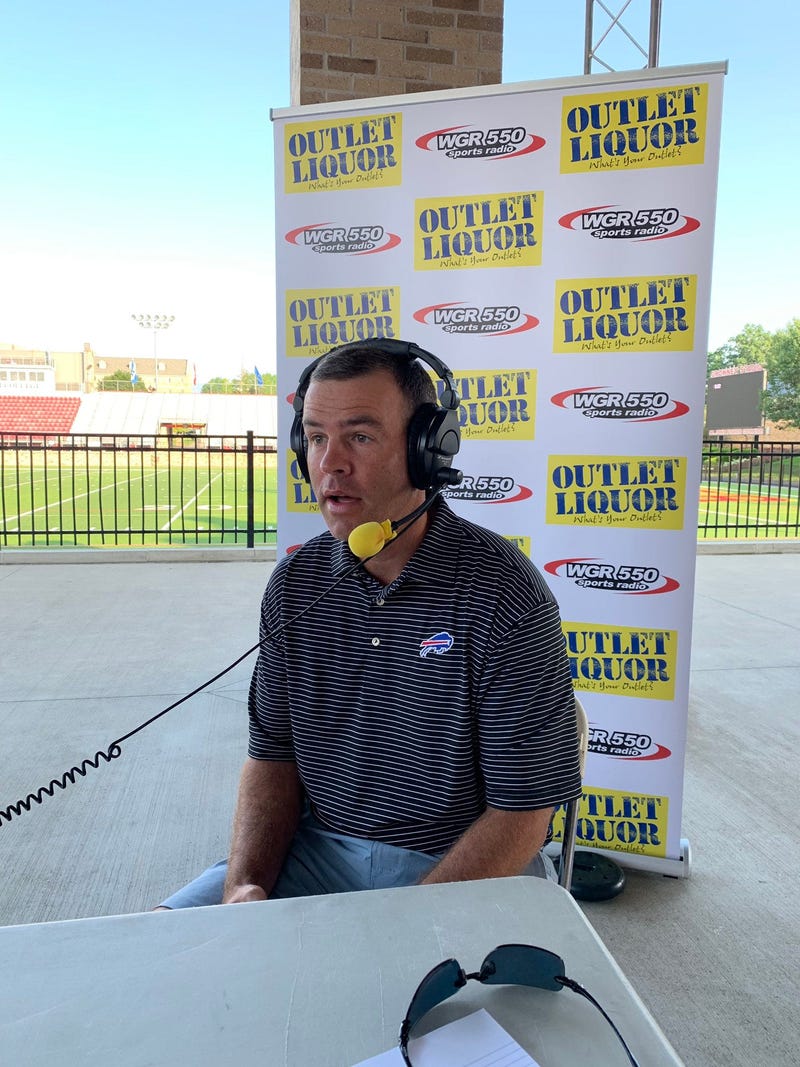 The Bills held their first practice on Thursday after the rookies reported to camp on Monday, followed by the rest of the team on Wednesday.

The team has undergone some extensive work during the offseason with a number of additions being made to upgrade the offense around second-year quarterback Josh Allen. A number of players like running backs Frank Gore and T.J. Yeldon, wide receivers Cole Beasley and John Brown, as well as offensive linemen Mitch Morse, Quinton Spain, Ty Nsekhe, Jon Feliciano and company were brought in via free agency to be a solid support staff for Allen.

The Bills also upgraded the roster during the draft with the selections of defensive tackle Ed Oliver in the first round, followed by offensive tackle Cody Ford in the second round. Oliver is expected to be a long-term fill in for recently retired veteran Kyle Williams on the defensive line, while Ford is in contention to step in to the right tackle role on opening day against the New York Jets.

One of the men behind the re-tooling of the roster this offseason was general manager Brandon Beane. He's hoping to help get the Bills back to the playoffs after finishing the 2018 season with a 6-10 record and a third place finish in the AFC East.

Although the Bills' record may have been a disappointing outcome after making the playoffs in 2017, there were plenty of positive things to take away from the end of the 2018 season. The play of Josh Allen improved drastically, especially when he returned from an elbow injury suffered in Houston earlier in the year. As for the defense, they performed admirably throughout the year and ended up as the second ranked defense in the National Football League by the season's end.

Beane took the time to join Howard Simon and Sal Capaccio before the opening practice on Thursday to talk about his expectations for the 2019 season.

"We want to be trending up. That's what we want to be doing. We're not in the prediction business. I know everybody wants to hear me, Sean [McDermott], Terry [Pegula] or somebody say 'we expect X number of wins.' This league is hard. There's ebbs and flows, and things happen that are out of your control. It's a marathon. There's so many things; I think about many of the years where things happened that the ball bounced perfect and you maybe got two or three more wins than you even saw coming. On the inverse, the ball didn't go your way, you had an injury bug that hit you for four or five games, whatever. There's all sorts of things that are the unknown. We hope that we built a team that can handle the adversity and, that has more depth than we've had in the past to have the next guy step up when injuries do hit."

Beane on Josh Allen's progress from Year 1 to Year 2 in the NFL:

"When he got the opportunity to start, you saw no, like, 'oo, I don't know.' He wanted the ball, he wanted the opportunity. We all know that this is a hard league. You can look at many of the guys who have had great careers, their rookie year wasn't so pretty. The thing that I thought Josh really did was he took the [elbow] injury and took the positive out of it. None of us were happy about that, and it was frustrating for him not being able to continue his rookie year. But when he came back, I think you saw a guy who, standing on the sidelines, saw some of the errors of his way.

"[We want to see him to understand] when to take the shots and when to just check the ball down, get it into somebody else's hands and move. Those are some of the things that we worked on later in the year, and then I know that [offensive coordinator] Brian Daboll and coach McDermott have been stressing to him this spring to not worry about getting it out and let's get it to 2nd-and-6 or 2nd-and-5. Let's just stay in positive downs to where we're not 2nd-and-long. At the end of the day, those are the types of things [he's working on]. Decision making, obviously accuracy is the big thing that everybody is after. A lot of those is taking the easy throws. That will increase his completion percentage."

Beane on LeSean McCoy's outlook for the 2019 season:

"LeSean's here, he's part of this team, and we're looking forward [for him] to be the first guy out to take the first handoff or pass, whatever is called. I think he feels the competition, which is good. Competition is good for everybody. I think the positive is that there's a lot more competition and depth at [running back] than there was a year ago. He knows what's ahead of him, he knows he's got to produce, and I expect that he'll be able to answer that challenge."

Beane on the competition on the offensive line:

Beane on expectations for Ed Oliver in his rookie season:

"His get off is amazing. That's one of the things that when you watch his tape, he's explosive off the ball. He was obviously used a lot different in Houston than we'll use him, but I think he'll impact the game in the run and the pass... I think he's going to make plays, at least be very disruptive in the backfield.

"I don't want to put stats on him. A lot of times, that guy, if he's not getting the stats, maybe he's forcing plays to the outside to Jerry Hughes, Shaq Lawson, Trent Murphy and that crew. Sometimes it goes back to the eyeball test. I know people looked at Star Lotulelei last season and asks 'where's all his stats?' Star helps a lot of other guys. Defensive tackle may be the most unselfish position in football. There's not a lot of accolades unless that guy is truly getting a lot of sacks. There's so many roles that they have to play, and a lot of times they have to sit there and eat the double team.

"Depending on how he does, you may see a lot of double teams, which is not going to create a lot of plays for him. But if he's holding his own and people aren't running down his throat, then that's going to create plays for others. Again, I can't sit here and give you stat numbers, but I think you'll be able to watch and tell if he's impacting the game or not."