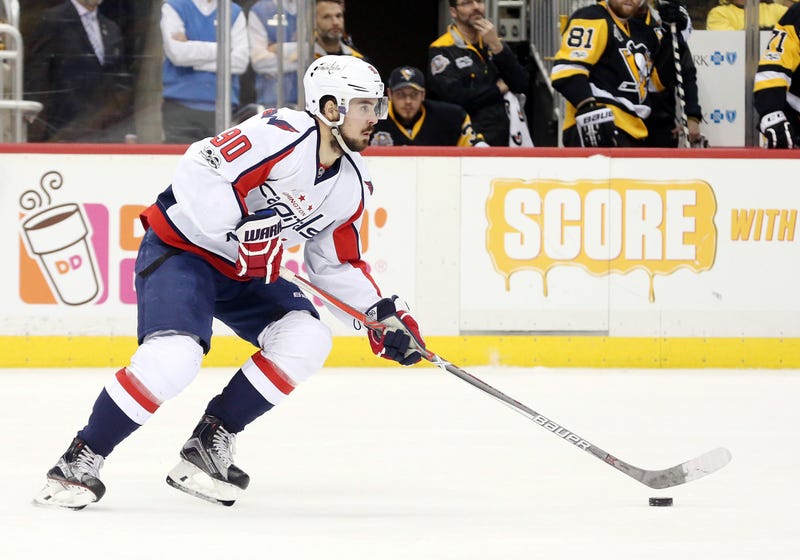 The whirlwind that is the NHL Free Agency period has run its course over the past week with a number of big players finding new homes this offseason.

Stars like forwards Matt Duchene, Artemi Panarin, Joe Pavelski as well as goalie Sergei Bobrovsky will all be wearing new uniforms and living in different zip codes once the 2019-2020 season begins in early October.

The Buffalo Sabres made a splash into the free agent market on Saturday with the signing of forward Marcus Johansson. The Swedish forward signed a two-year contract with the Sabres that sees him earning an average annual value of $4.5 million, as well as having a modified-no trade clause with it.

The 28-year-old forward is coming off a season in which he scored 13 goals and tallied 30 points in 58 regular season games split between the Boston Bruins and New Jersey Devils. After playing in 48 games to start the season with the Devils, Johansson was traded to the Bruins a day before the NHL Trade Deadline.

Johansson got his NHL career started with the Washington Capitals after he was selected in the first round (24th overall) of the 2009 NHL Draft. In seven seasons with the Capitals, he posted 290 points (102+188) in 501 games before being traded to the Devils in the 2017 offseason.

Capitals play-by-play man Joe Beninati met Johansson when he was a 19-year-old entering the league, and has watched him develop ever since.

“As his career has gone on and he’s matured, I think he’s become much less of a perimeter player,” Beninati said with Howard Simon and Sal Capaccio on Monday. “When he was younger, he was playing on the peripheral a lot; he wouldn’t get his nose dirty. I think as his career has gone along and he’s matured, I think he’s found a real nice home on the wing. He’s become more determined to get to the front of the goal and to get to dirty areas.

“I love the player’s character. His ability on the ice, you just notice it right away. He’s an effortlessly beautiful skater, powerful skater in that sense. Incredibly gifted with respect to hand-eye coordination. [His] touch, [and] his passing ability I think is underrated."

“Here’s the best thing that I think Sabres fans are getting,” Beninati explained. “The bigger games are where he showed his best; where he delivered the most. I think back to the playoffs of 2017 when Johansson was playing with Evgeni Kuznetsov and Justin Williams. That line in the playoff series against Toronto was so valuable, scoring important goals, late goals, overtime game-winning goals.”

The signing of Johansson adds to a crowded group of players on the left wing in Buffalo. Beninati said that while his best hockey has come on the wing, Johansson has the ability to play center, which can give the Sabres flexibility.

“I think Marcus knows the [center] position,” Beninati said. “Marcus has the ability defensively. I know that once we start talking about NHL center ice men you have to think defense... I know he can adapt to that. It just seems like in recent years he’s played his best on the wing. I’m not sure where Ralph [Krueger] is ultimately going to use him, but if they wanted to pop him back in at center, I know he knows that ground [position] well.”

During his seven seasons with the Capitals, Johansson was very effective on the power play, scoring 26 power play goals in that time. Beninati outlined why Johansson was, and still is, successful on the man-advantage.

“The [Capitals] were, for the last five years, exceptional on the power play once they get it into the offensive zone,” Beninati said. “[Johansson] is the guy who was bringing it into the zone so much for Washington and so successfully. For many of those years, it’s why they were able to get a power play percentage north of 25%.”

The one major concern with the Johansson signing is with his injury history, having only played more than 80 games three times in his nine seasons in the NHL. Beninati said, for the most part, his injuries began to pop up while he was with the Devils, and emphasized he can’t let it deter him from his inside playing style.

“He’s got to feel comfortable going into high traffic areas,” Beninati said. “That’s where he does his best. He can’t revert to being just a permitter player, looking to play on the outside and not get his nose dirty. He’s really earned his keep, but he’s earned this deal that he just got rewarded from Buffalo because he’s willing to go to places where goals are going to be scored.”