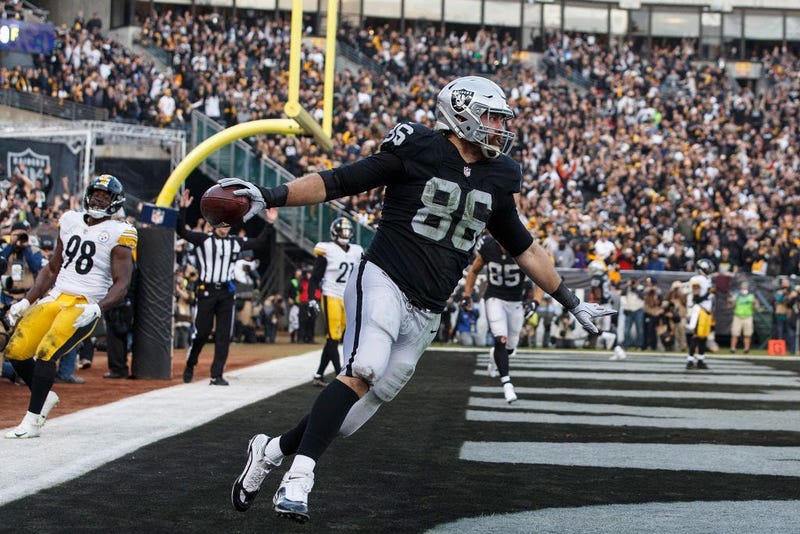 Heading into free agency and after releasing Charles Clay, the Buffalo Bills had only one tight end on their roster, Jason Croom. Fast-forward two months, and suddenly the tight end room is really crowded after the team announced they’ve signed Lee Smith to a three-year contract.

NFL Network insider Ian Rapoport tweeted that the deal is for $9 million over those three years, as well as other details of the contract:

Smith returns to Buffalo after spending three seasons with the team from 2011 to 2014. He entered the league as a fifth round pick of the New England Patriots in 2011, but was released as part of the final cut downs and the Bills claimed him off waivers.

Smith is mostly a blocking tight end who contributes a bit in the passing game, and is also a solid special teams contributor. Through his first stint in Buffalo, he recorded 20 catches for 144 yards and three touchdowns before moving on to the Oakland Raiders. With the Raiders, he spent four years in Oakland with 36 receptions for 248 yards and four touchdowns. He also played over 45% of the special teams snaps for the Raiders last year.