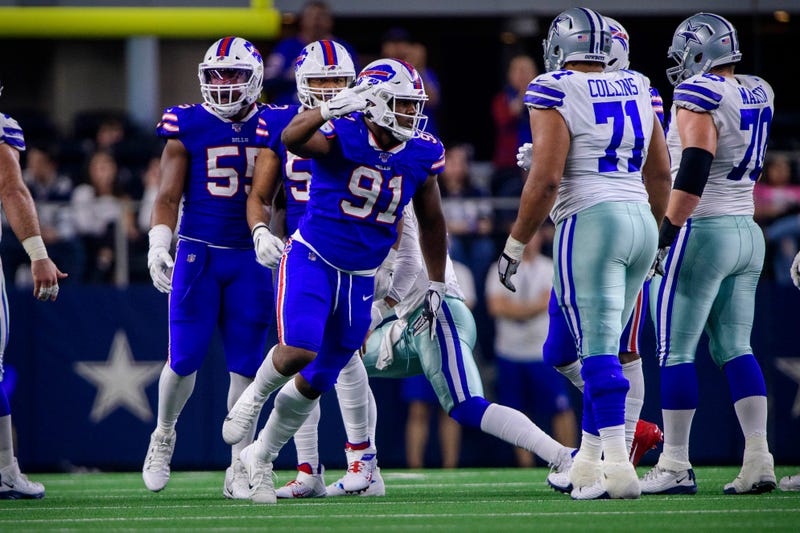 Buffalo Bills defensive tackle Ed Oliver has been voted as the Pepsi NFL Rookie of the Week for his Week 13 performance in the team’s 26-15 win over the Dallas Cowboys on Thanksgiving Day in Dallas.

Oliver collected four total tackles, one tackle for loss, two sacks, a forced fumble, a quarterback hurry, and a pass breakup/knockdown in the win.

After some early season struggles, the ninth overall pick in the 2019 NFL Draft has had a strong last three games, collecting eight total tackles, four sacks, three tackles for loss, and three quarterback hurries to go along with the pass breakup and forced fumble. In those games, the Bills are 3-0 and the defense has registered 15 sacks.

"Ed has displayed that he's about the team and that's what we want," head coach Sean McDermott said on Wednesday before practice. "That's who we are. That's part of our culture and that said though, he has stayed hungry, and that's been a part of the reason for his growth of late, in my opinion. He played fast last week in Dallas and started to do some things that he'd been working on and I think as he continues to work and put time in, he'll continue to get the results. Usually those two are connected, habits and results."