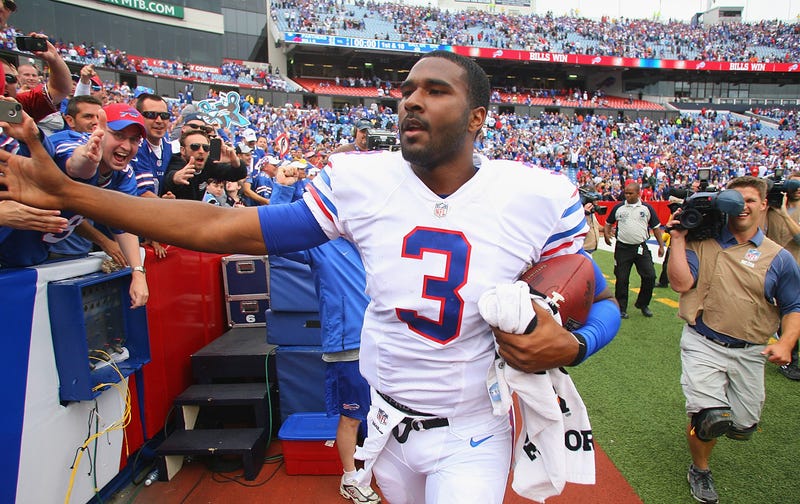 Former Buffalo Bills first round quarterback E.J. Manuel has retired from the National Football League, according to ESPN's Field Yates.

Chiefs backup QB EJ Manuel has retired. He was signed earlier this offseason.

Manuel had signed with the Kansas City Chiefs earlier in the offseason to compete for a backup spot, but has since chosen to retire. Manuel spent 2018 out of the NFL after being cut by the Oakland Raiders. He spent a season with Oakland, starting one game in 2017 before his release.

Manuel's first four seasons in the NFL were spent in Buffalo after being drafted 16th overall in the 2013 NFL Draft. He was selected with the hopes of developing into a franchise quarterback for the Bills, but those hopes never materialized. Manuel started just 17 games in four seasons with Buffalo, including being benched in 2014 for journeyman Kyle Orton and losing out in a camp competition in 2015 to Tyrod Taylor. Manuel would start three games while serving as Taylor's backup, but lost all three to end his Bills career.