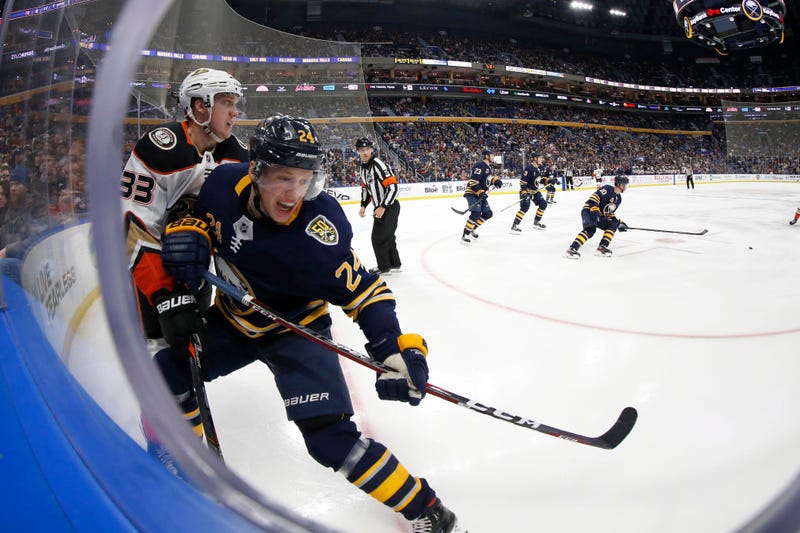 The road to the National Hockey League for Buffalo Sabres defenseman Lawrence Pilut this season has been a long one.

It started when he was forced to miss training camp and the preseason following offseason shoulder surgery from an injury suffered in the final game of the 2019 Calder Cup Playoffs for the Rochester Americans.

Once he was healthy enough, he made his season debut with the Amerks on Oct. 18 but got off to a slower start than compared to last year when he stormed the American Hockey League with his offensive capabilities from the blue line.

The 24-year-old was called up for the Sabres' trip to Sweden as part of the NHL Global Series in Stockholm, but he did not dress for either of the two games with the Tampa Bay Lightning.

After being sent back down to Rochester, Pilut picked up his game again and found his offensive touch with four goals and 11 assists for 15 points in 21 games. That, on top of his five points (1+4) in eight games prior, earned him his second All-Star appearance of his short career in the AHL.

His next call up came back on Jan. 7, where he made his season debut with the Sabres on Jan. 9 against the St. Louis Blues. From there, he appeared in six games before the NHL All-Star break, and then was re-assigned to the Amerks to play in one game before being recalled again to Buffalo. After three more games in Buffalo, Pilut was sent back to the AHL for one game before, once again, getting called back up to the Sabres on Feb. 9.

Overall this season, Pilut has played in 11 games for the Sabres, but has been held pointless with five shots on goal, a penalty taken and a minus-4 rating.

Even though Pilut finds himself in a tough spot on the roster, the young blue liner is staying patient and waiting for his chance.