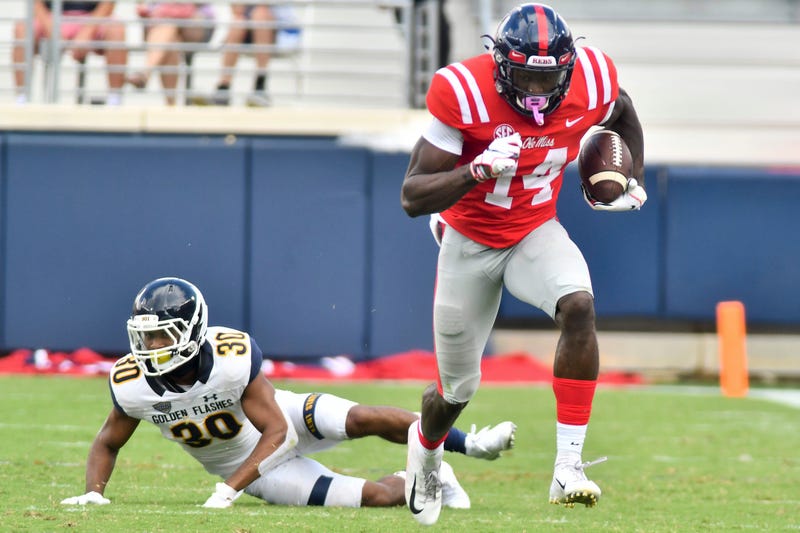 As the National Football League offseason rolls on, teams are allowed to host 30 draft prospects for an official pre-draft visit leading up to the NFL Draft.

According to NFL Network's James Palmer, Buffalo is set to host one of the top receiver prospects of the 2019 NFL Draft in Mississippi wideout D.K. Metcalf.

Ole Miss WR A.J. Brown has been a busy man. He’s already met with the Patriots, Colts, Giants and Eagles to name a few. Also upcoming visits lined up with the Bills and Packers.

Buffalo has made a few moves at the wide receiver position in free agency, adding Cole Beasley, John Brown and Andre Roberts to a group that features a lot of youth and inexperience in Zay Jones, Robert Foster, Isaiah McKenzie, Cam Phillips and Duke Williams.

The Bills sit at ninth overall in the 2019 NFL Draft, which could be in range for a player like Metcalf to fall to them in the first round.