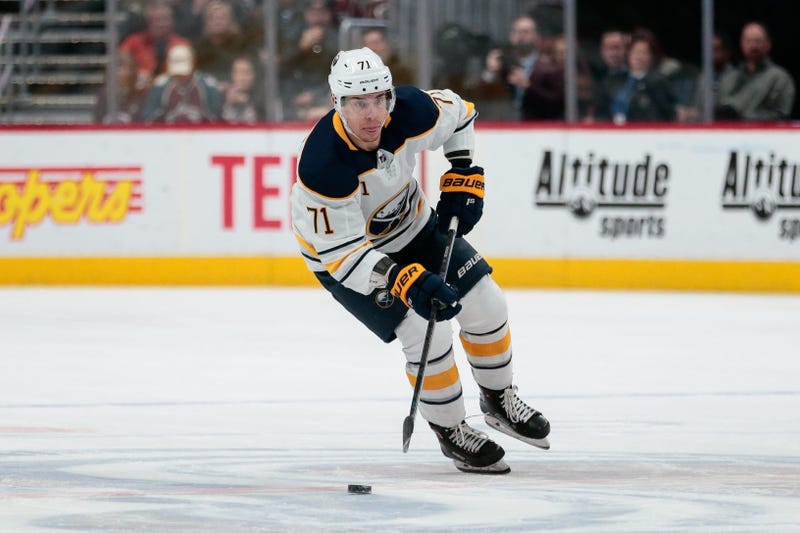 Buffalo Sabres forward Evan Rodrigues is getting ready to have his salary arbitration hearing with the National Hockey League on Tuesday, and now we have an idea of how far apart both sides are on contract negotiations.

Sportsnet's Elliotte Friedman reported on Sunday that the Sabres and Rodrigues are $1.15 million apart on numbers for a new contract. Rodrigues is asking for a deal that will pay him $2.65 million per-year, while the Sabres are hoping to get him under contract with an average annual value of $1.5 million.

The Sabres and Rodrigues still have until Tuesday to avoid arbitration and come to terms on a new contract.

Last season, Rodrigues had a career-high 29 points (9+20) in 74 games while making $650,000 on his contract. The utility player was used up and down the lineup at all three forward positions.

In 154 NHL games, the 25-year-old has netted 21 goals and 62 points. Rodrigues was signed by the Sabres in 2015 after a successful career at Boston University while playing with Jack Eichel.