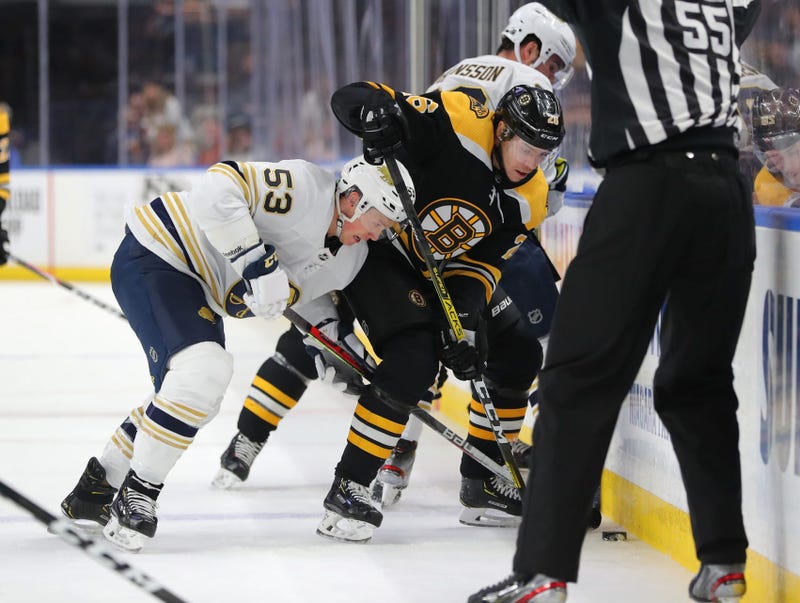 Buffalo, NY (WGR 550) - The Sabres were back to work for practice on Sunday and Jeff Skinner was participating for the first time since Dec. 27 when he was hurt against Boston.

By the sounds of things, Skinner is feeling good and should be ready to play this Tuesday against Ottawa. He was happy to be on the ice with his teammates, “I felt good. I was the only one that wasn’t rusty out there,” Skinner said with a laugh.

Skinner has not scored a goal in his last 12 games, but his level of play seemed to be better. Skinner agreed that he was starting to feel it, “I felt like I was playing pretty well. Obviously during the season, you go through stretches where you feel better than others.

“I thought our line was sort of clicking a little bit more and it was unfortunate, but at the same time, it’s time for us to make a push now.”

Ralph Krueger agreed with Skinner’s assessment. He said the overall play had improved, “There were four or five games at the end where we really felt he was finding his rhythm and the goals were going to come. So the injury, at that time, was very disappointing. I think he’s had some good time here to observe what the game is we’re playing and how we need to play.”

Skinner missed 10 games and watched the team go 5-5-0. He said, “You get more of an opportunity to sit back and watch it from a larger perspective, so I was able to take the game in as a whole.

The Sabres have nine of the next 10 games at home as they try to make up the 10 points they’re behind in the playoff race. Skinner said the time must be now, “We have a good opportunity I think. It’s a big home stretch, and coming off the break and guys should be refreshed with a little more excitement coming out of the break. So hopefully we can get off to a good start here and get some momentum on our side and roll with that.”

Ralph Krueger, of course, wasn’t going to say on Sunday if Skinner was going to play on Tuesday, but he was optimistic, “Jeff looked really good today. He felt good and we have to be patient with the process, but the first reports are that he feels strong and ready to go so lets hope it keeps on going down this path for Tuesday.”

Jack Eichel was still coming back from the All-Star Game on Sunday, so he won’t practice until Monday.