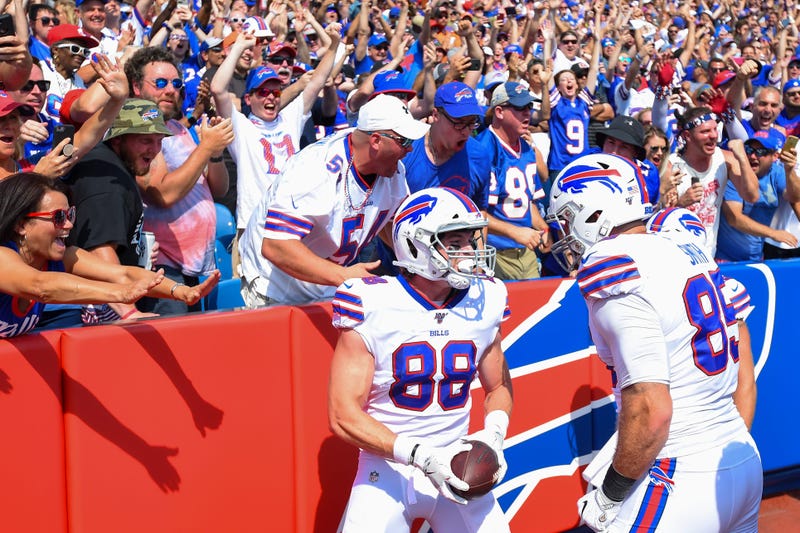 With a win on Sunday at New Era Field, the Buffalo Bills will start the 2019 season with a perfect 4-0 record, which has not happened since 2008.

However, standing in Buffalo's way of that achievement is the New England Patriots, who are also 3-0 to start their 2019 season.

The Bills have had a history of troubles against this Patriots team with just four wins since Tom Brady took over at quarterback in 2001.

However, the Buffalo defense under head coach Sean McDermott has brought more pressure to Brady and has limited him to an average of just 233 yards passing per-game, while also averaging a 66.1% completion percentage with three touchdowns and four interceptions

Where the Bills may be most tested on Sunday is on offense against a New England defense that has yet to give up an offensive touchdown this season.

It will only be the second-career game for Josh Allen against the Patriots, who missed last season's Monday Night Football matchup at New Era Field as he recovered from an elbow injury. Allen did face the Patriots in their Week 16 matchup in Foxboro, where he struggled a bit by going 20-of-41 for 217 yards, one touchdown and two interceptions.

If the Bills were to pull off the upset on Sunday, the team will need to keep Brady in check defensively, while also finding a way to crack the Patriots' armor on defense with a stout offensive performance.

One player who is all too familiar with the Bills-Patriots rivalry is veteran tight end Lee Smith. He's currently in his second stint with the Bills after spending the first four years of his career in Buffalo from 2011 to 2014.

Smith took the time on Thursday to join the Howard and Jeremy Show, where he discussed Sunday's upcoming matchup, and gave his thoughts on the offense under Allen at quarterback.