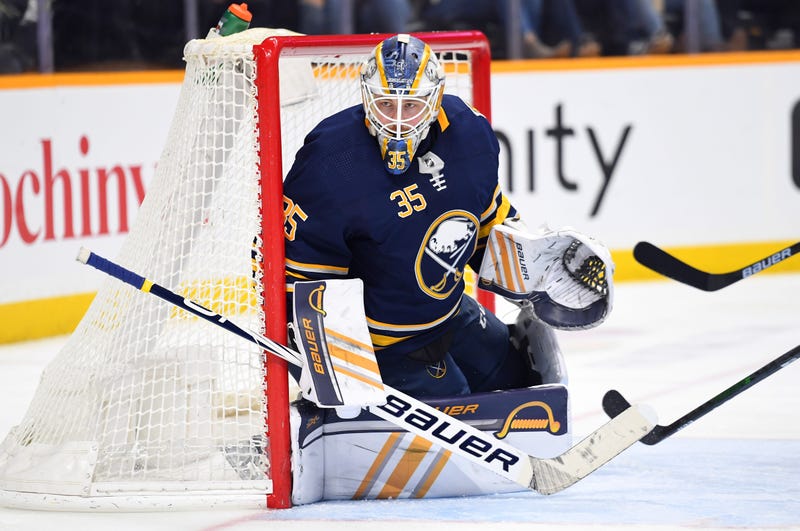 Ahead of the 2019-20 Buffalo Sabres season, the team announced that it was planning on returning to royal blue as part of their team colors. This comes after the team ditched the royal blue and gold color scheme following the 1995-96 season and making the move to the, then, Marine Midland Arena.

On Tuesday, Sabres goalie Linus Ullmark posted a pair of photos on Instagram featuring his new pads set for the 2020-21 season, which showcases the return of the royal blue and gold color scheme.

The Sabres entered the National Hockey League in the 1970-71 season with the royal blue and gold colors as part of their logo and jerseys. After the team made the switch to black, red and silver from 1996-2006, the Sabres returned to wearing blue and gold on the ice, but it was a navy blue color instead of the lighter royal blue color.

There has been no formal announcement as to when the Sabres will reveal their logo or jersey changes ahead of next season.