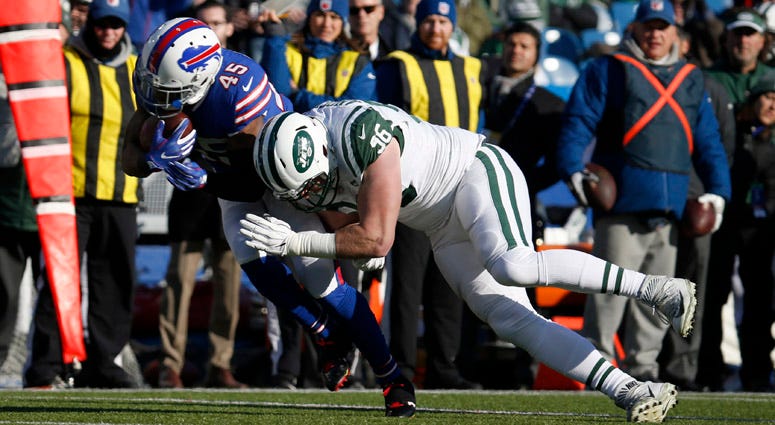 The Buffalo Bills have already made sure they don’t repeat the same mistake they made last offseason. Before lockers were even cleaned out and players were headed out of town for the offseason, they signed both veteran backup quarterbacks to return in 2019.

First, Matt Barkley inked a new two-year extension early in December. Then, the day after the season ended, the team signed even-more-veteran Derek Anderson to a one-year deal.

That means, provided Barkley, Anderson, and Josh Allen all go to training camp as expected, the team will head to St. John Fisher with a combined 18 years and 71 starts of experience in the NFL among their quarterbacks. That’s a far cry from the trio of Allen, Nathan Peterman, and A.J. McCarron, who had just five years and five starts among them when they opened camp six months ago.

Then, after McCarron was traded to the Oakland Raiders at the end of the preseason, leaving the team with just Allen and Peterman, the quarterbacks on the roster totaled one year and two starts between the two. Of course, all of that coming from Peterman in his rookie season in 2017. It was the youngest and most inexperienced quarterback room in the NFL.

After an awful opening day performance in Baltimore, Peterman was benched in favor of Allen. It was also clear to the coaching staff that the rookie needed someone with more experience than Peterman to watch and learn from. With that, they signed Anderson, who general manager Brandon Beane and head coach Sean McDermott were familiar with from their days in Carolina. Less than a month later, after both Allen and Anderson was injured, Barkley showed up - and lit up the New York Jets.

Allen returned the next game and, over the next six weeks, the rookie took a huge leap on the field with his performance, which was no doubt due in part to the two quarterbacks surrounding him off the field as they prepared throughout the week. Over the last six game, Allen was 3-3 as a starter and accounted for close to 287 yards per-game - 82-percent of the Bills’ total offense in that time!

Could Allen have made that jump sooner had Barkley, and especially Anderson been with him from the start of training camp? Of course we'll never know the answer to that, but Beane himself recently sounded like he thought that could be the case, and that's why he's already made sure to give every opportunity for that to happen in 2019.

“I regret not getting Derek Anderson in here earlier,” Beane said on One Bills Live on WGR just after the season ended. "He was a guy that we talked about, whether to sign him or sign A.J., but was really just trying to bet on A.J. on the come. He did everything he could, he competed hard. Sometimes it works, sometimes it doesn’t, but once you know it doesn’t work, you’ve got to move on. So getting [Anderson] here when we did I was glad. Again, it was my error for not getting him here earlier.”

Neither Beane nor Anderson said the Bills actually contacted the quarterback before signing McCarron, but Anderson, speaking on One Bills Live back in October, hinted that was the case. “Maybe,” he said with a laugh when asked if the Bills had given his phone a ring back in the spring. Even then, it takes two to make a deal work and Anderson wasn’t just going to jump at the first opportunity that came his way as he kicked back with his family and pondered his future.

As it was, Anderson was on a family vacation when the Bills ultimately called him about signing in early October. He said he told the Bills on that call, “I don’t know if I can leave today, I might have some problems,” but joked that his wife was ready for him to get out of the house a little bit. “Being at home for as long as I was it was a great time, and obviously having all that time with my kids was awesome,” he said.

But there won’t be any wondering for Anderson, or his family this offseason. He’ll be with the Bills and ready to help Allen take the next step.

“I don’t have all the answers,” he said on locker locker cleanout day when asked about mentoring Allen. “I’m just a resource for him to use. I think our conversations that we have in our room are good and he obviously finished the season right.”

Now, can Allen not only start next season where he left off this one, but even take another step this offseason? It will help that everyone - Allen, Anderson, Barkley, and the entire organization - knows he’s the clear starter from day one.

“The thing that I’m excited about is that we go into this offseason and Josh is the No. 1,” Beane said. “We don’t have any debate. I sleep better at night now knowing we got that.”