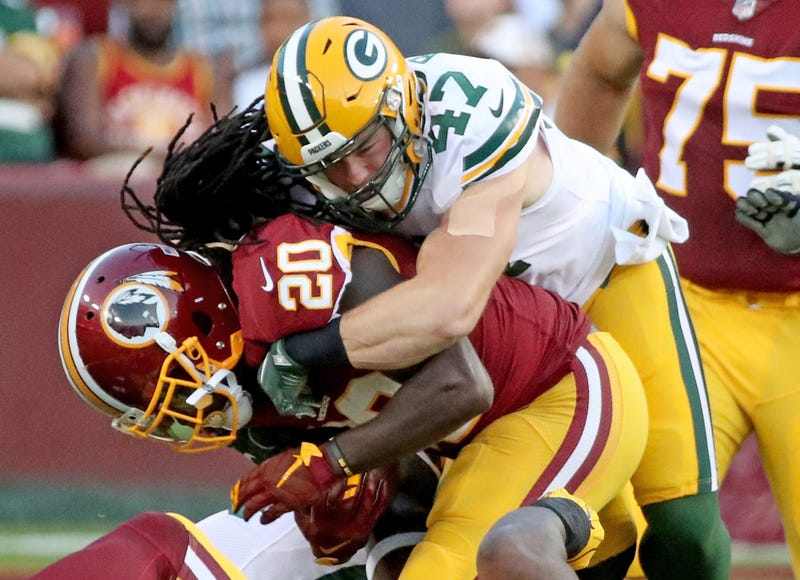 We all know the major needs for the Buffalo Bills, and they are basically all on the offensive side of the ball. Offensive line. Wide receiver. Tight end.

On defense, there’s some work to be done on the defensive line, as well.

Beyond that, most wouldn’t think the Bills have too many pressing needs at linebacker now that they’ve re-signed veteran Lorenzo Alexander to return in 2019. With Alexander (SLB), Tremaine Edmunds (MLB), and Matt Milano (WLB), the starters seem to be set. However, as I’ve pointed out several times, I believe linebacker is an under-the-radar position the team could target in free agency, especially on the strong side.

Yes, Alexander is back and will most likely be a big part of what they do on defense again. However, he’ll be 36-years-old this offseason and has indicated this will be his final year in the league. Signing a younger, solid SLB now allows the team to have even more options in different situations and also have Alexander’s full-time replacement already on the roster.

Beyond those starting three, the Bills have a very uncertain depth situation. Deon Lacey, Julian Stanford, and Corey Thompson have experience and can be short-term fill-ins, but if the team needs someone to step in for several games, they may need to upgrade.

So if they do look to add to the group, here are five players who could fill roles for the team:

Barr won’t come cheap and many would consider him a luxury, and in fact one in which the Bills don’t even need. But, again, Alexander is going to be 36 and has (most likely) one year left. The Bills will eventually need to replace him, whether that’s in this year’s draft or next year’s free agent period or draft. With the money they have available right now, they could get a head-start on getting that replacement in, and at the same time, sign a terrific young outside linebacker who is good enough to start and give Sean McDermott and Leslie Frazier a lot more options across the second line of the defense. Barr’s been to four Pro Bowls in five seasons. Last year,was the first in which he didn’t register at least 75 tackles, and that was mainly because he missed three games. Those were the first three he missed since 2015, so injuries aren’t a concern with this former ninth overall pick. He's not going to be cheap, but the investment would be long-term.

Of course Davis has to be included on this list. He was a key piece of McDermott’s defense the entire time the Bills head coach was in Carolina as the Panthers defensive coordinator. Davis and Alexander are very much the same player, although Alexander has been a much better pass rusher later in his career. They’ll also be the same age. It might make sense to have two players with similar abilities to be able to spell each other, especially considering their ages, so neither has to take on a a full workload of snaps. Davis would also be another leader on a defense that just lost Kyle Williams to retirement. Davis has said recently that he’d still like to play and believes he can at a high-level. His 79 total tackles in 12 games indicates that he’s right. A part-time role in a defense he’s very familiar with and has been successful in might be an ideal fit.

Ryan is a throw-back type of linebacker - a downhill guy who can really help plug holes to stop the run. He’s also coming off a major knee injury that cost him his entire 2018 season, but that probably means he’ll come a lot cheaper than most other free agents at the position. For the Bills, he can play pretty much any linebacker spot, but he’d mostly fit as a backup to Edmunds in the middle or Alexander on the strong side. He’d be a depth player and help on special teams. He’s not going to be rushing the passer much, but his three years pre-injury in Green Bay were very productive as a tackler, racking up 206 stops in three seasons.

Yes, that Preston Brown. The same Preston Brown who played for the Bills from 2014-2017, played over 1,000 snaps each season, and led the team in tackles every year he was in Buffalo, including a league-leading whopping 144 stops while in the middle of McDermott’s defense in 2017. The Bills were reportedly even interested in bringing Brown back last offseason, but he got an offer from his hometown Bengals and left for Cincinnati. There, Brown missed games due to injury for the first time in his career, playing only seven games, starting all of them, logging 42 tackles. Of course, Buffalo wound up drafting Edmunds in the first round last year, and he’s the entrenched starter, so that means Brown would purely be a backup now in Buffalo. He may get a starting gig somewhere. He could go back to Cincinnati, but if the market doesn’t play out like that for him, it would be a seamless transition for him to walk right back into the Bills defense as a depth player who knows the system.

The Chargers are working to bring Perryman back, but if they’re unable to and he hits the open market, he’s going to be an intriguing player who brings a lot of upside when he’s on the field. That’s been the issue, though, for him through his career - staying on the field. After missing two games his rookie year in 2015, Perryman missed four games in 2016, then essentially played half-seasons in both 2017 and 2018. Last season, in only nine games, Perryman logged 51 tackles, an interception, and two pass breakups. He’s considered a good coverage linebacker, which is something the Bills could use, especially behind Milano, who is good in coverage himself. That’s where Perryman would have to fit, as a backup to Milano. And with Milano coming off a broken leg at the end of last season, the Bills might want to add some extra insurance behind him. If Perryman can get a starting job somewhere, he should obviously take that. With his recent injury history, there might not be a team willing to commit to him having that role and the money that would command. If that’s not the case, he'll be a valuable backup.