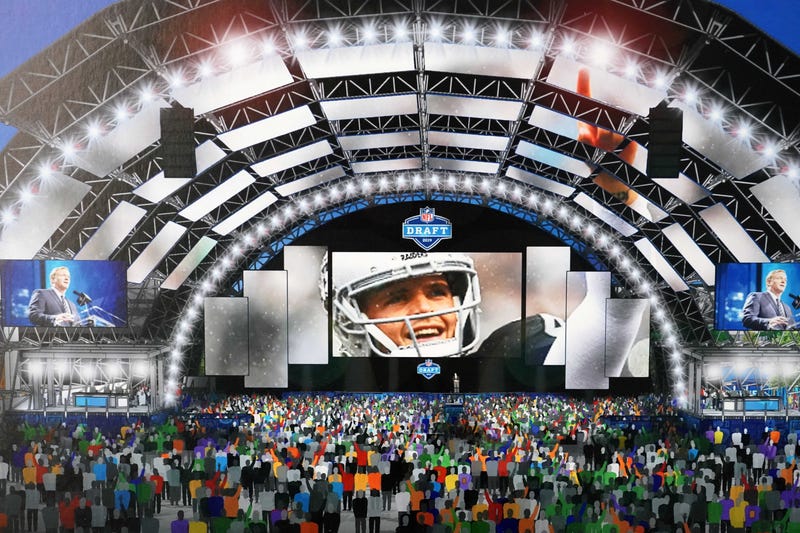 The outbreak of COVID-19, or better known as the coronavirus, is seriously impacting the sports world across the United States.

The NBA suspended the remainder of their 2019-20 season indefinitely on Wednesday after Utah Jazz center Rudy Gobert was tested positive for the novel virus.

The status of the NHL season, the MLB season, and March Madness are also up in the air as leagues take precaution.

What about the NFL Draft scheduled to take place in April?

The draft started out as a private event that lacked buzz. It had an almost conference call-like feel for decades.

It is now one of the most popular sporting events in the country. Hundreds of thousands gather at, what has become, a live spectacle the league puts on every spring.

Last year, it was reported that roughly 600,000 fans were in attendance at the live draft in Nashville, Tennessee. The 2020 NFL Draft may feature even more spectators with the league making its debut in Las Vegas, Nevada.

With large gathering bans spreading across the country and leagues taking actions, going as far as postponing seasons, it wouldn't be surprising to see the public format change to the private one of the past. Especially with about six weeks left until the start of the first round.

The NFL is already mulling over a decision.

NFL is taking hard look at multiple league events, including Las Vegas draft. Raiders owner Mark Davis: “The league office, the players association and the city and the state are working together. They’re making a measured decision. Healthy and safety will always will be No. 1.”

Now it wouldn't be some secretive process. The media's coverage of the draft will still be the large production it has been over the years.

Unlike games where the quality of the product is dramatically impacted by a large crowd, a draft isn't as dependent on an audience. ESPN and NFL Network could still provide a high-quality television production for the event.

Of course, it would be disappointing to not have the fan element of the draft.

Seeing the outrage in a group of New York Giants fans when the team selected Daniel Jones is priceless. Having hundreds of thousands booing NFL Commissioner Roger Goodell is another valued tradition that could go away for a year.

No action has been taken yet by the NFL, but the growing severity of COVID-19 and the actions other leagues are taking does put the 2020 NFL Draft's live status in serious jeopardy.