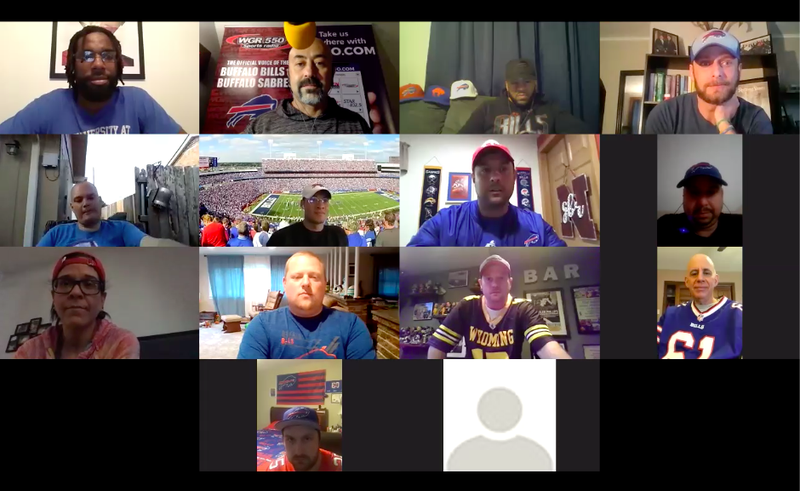 They came from Texas to Nebraska to Connecticut. From the New England area, and of course from Western New York.

I chose 20 Twitter followers at random and invited them into a Zoom meeting. I had no idea what to expect and was a bit worried about the technical aspects of it, as well as the content. By the time it all started, only 13 were able to make it.

Not only did it go off without any real issues, it was pretty incredible. I'd even say it was needed during this current pandemic. One guy had a virtual background of New Era Field. One wore a Josh Allen Wyoming jersey. Another has been a season ticket holder since the early 1970s. We talked about the Bills, life, and whatever else was on anyone's minds.

We came together as strangers, but laughed and shared stories like life-long friends. I hope to do it again.

In the meantime, you can watch the full meeting here: