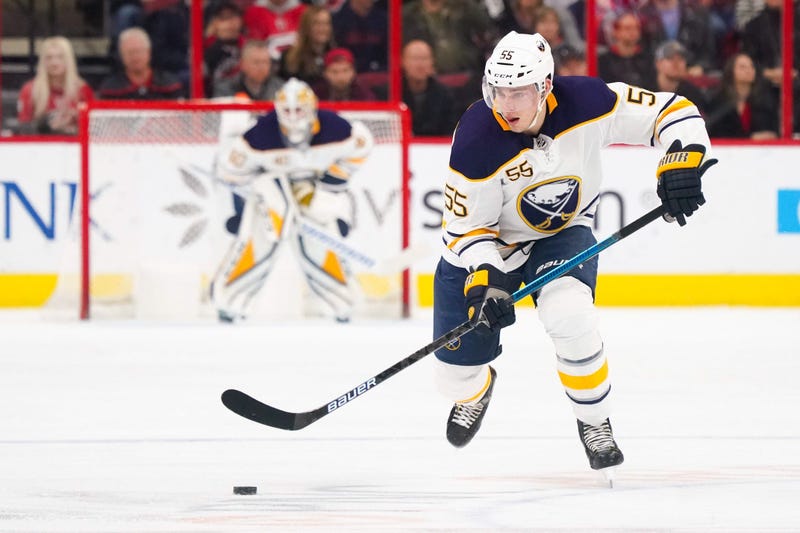 The NHL Draft weekend came and went without Buffalo Sabres general manager Jason Botterill making a trade. That just means we have more time to debate the merits of keeping or dealing Rasmus Ristolainen.

It is a hot topic among Sabres fans with some thinking it would be a mistake to give up on a good young defensemen who can contribute to the offense, while also showing a physical side of play on a team not known for its hitting. On the other side of the debate are fans who see flaws in Ristolainen’s game, and despite the fact he is only 24, they look at 424 NHL games over five-and-a-half seasons and figure he is who he is by now and he won’t get much better.

I’m part of that latter group.

I don’t think Ristolainen is a bad player though. He can get up ice on the rush, which is what NHL defensemen have to do these days. He’s a right-shot defensemen, which are harder to come by. He has four-straight 40-point seasons and is a power play weapon with 95 of his points over the last five seasons coming from the power play. Ristolainen is also durable considering he does play a physical game. He’s missed 20 games over those five seasons. These are the reasons why I look at him as a trade chip and probably the best one Botterill has at his disposal.

One of the issues when it comes to Ristolainen is the fact there are too many "ifs" attached to him. If he is used as a second-pair defenseman, if he is paired with the right kind of player, if he is on a team that is structurally sound, if you manage his minutes and don’t ask him to play 25 minutes a game, well then he will be fine. That’s too long a list for me, but I’m sure there are general managers around the league who see value in him and believe they can be the right fit.

Which is why Botterill has to make the move this offseason. We all know the Sabres have some big holes to fill on the roster. Botterill needs to add a No. 2 center and at least one top-six winger. It's one winger if the Sabres are confident in the development of Victor Olofsson, who certainly showed promise during his late season call up. If he pans out, Olofsson would join Jack Eichel, Jeff Skinner and Sam Reinhart in the top-six which leaves two openings. At this point, Casey Mittelstadt can not be counted on as a No. 2 center and wingers like Kyle Okposo and Conor Sheary should be bottom-six players.

Perhaps one of those two holes is filled via free agency. According to CapFriendly.com, the Sabres have $18.9 million in salary cap space. However, qualifying offers to their restricted free agents would take up about $6 million in space, which leaves Botterill about $13 million to play with. Odds are one of those two missing pieces will have to come from the trade market and as the saying goes you have to give up something to get something. When you take a look at the roster, you will see that Botterill doesn’t have a lot to offer when it comes to the asking price for a top-six forward. Eichel, Skinner and Rasmus Dahlin aren’t going anywhere. I’m sure Reinhart would generate some interest, but you’re creating an opening in your top-six to fill a spot in that group. I doubt the Sabres would want to trade Mittelstadt, who was Botterill’s very first draft pick. That leaves Jake McCabe, prospects in Rochester and future draft picks as assets. Ristolainen is the most valuable trade asset on the Sabres roster, even with three years left on his contract at $5.4 million per-year. That number is not too much to handle.

You might point out that trading Ristolainen creates a hole on defense and you’d be right, but I think Botterill is about to overhaul that group anyway. Ristolainen, Dahlin and Will Borgen are the only defensemen who are under contract beyond next season. Zach Bogosian, Marco Scandella, Casey Nelson and Matt Hunwick all have one year left on their contract and will then be unrestricted free agents. Out of that group, maybe Nelson sticks around. McCabe is a restricted free agent and has received his qualifying offer. I’d think the Sabres would like to keep him around. Brandon Montour is going into the final year of his contract and will be a restricted free agent. I’d like to see Botterill get Montour signed to an extension that keeps him here as part of the core going forward with most likely Borgen and Lawrence Pilut.

There’s one last point to go over in this trade Ristolainen or not debate. Perhaps some of you are worried he will be this year’s Ryan O’Reilly. Ristolainen will go somewhere and flourish on a team that makes the playoffs while the Sabres, once again, sit at home and watch the postseason on television. No question Botterill was taken to the cleaners on the O’Reilly trade with St. Louis, but you can’t be gun shy. His trade for Jeff Skinner from Carolina turned out great. You can’t have your general manager worried about making a trade or afraid to move a good player because of what happened in the O’Reilly deal. His job is to get a better return.

Those trades aside, no one is giving Botterill a top-six forward for guys like Girgensons, Larsson, Sobotka, Scandella or any of the other players most Sabres fans do not want to see on the roster next season.