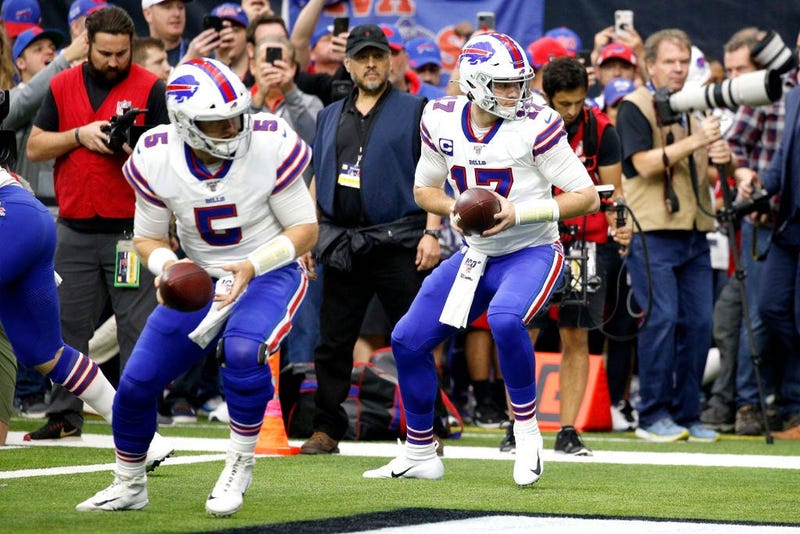 Starting this week, I'll be examining the State of the Buffalo Bills, going position-by-position. For my first installment of this series, I’ll start right away with the quarterback position:

State of the position:

Allen took some major steps forward in his second year, but he’s still got plenty to improve on and needs to take another big step in Year 3 for the Bills' offense to get where the want to go. After a disastrous first four weeks of turning the ball over, he did a great job of learning to protect it and not giving it away as the season went on. That included a stretch of five straight games with no interceptions, and only two over the final 11 games. However, his fumbling was an issue all season with 14 of them. And while his decision-making improved after those four weeks, the “try to make a play even when it’s not there” Allen showed up again in the playoffs with some horrible decisions and a couple fumbles. Overall for the regular season, Allen threw for 20 touchdowns and ran for another nine more, totaling 29 touchdowns and nine interceptions. The Bills traded assets and made him the No. 7 overall pick just two offseason ago. They have major investment and incentive in him to succeed, and he’ll get every chance to do that for one more year, at least. He’s the clear-cut starter with no questions.

Barkley’s value is two-fold. He’s a veteran who they believe can get them through a few games if he needs to start, but has also been a good mentor and example for Allen. At the end of 2018, Barkley and Derek Anderson were both set to be a part of the team headed into training camp, surrounding Allen with two veterans he could continue to watch and learn from. With Anderson’s retirement, that role fell squarely on Barkley, and he embraced it, while also being ready to play if needed. But Barkley will now enter the final year of his two-year contract, and the further Allen goes on his career the less he needs that veteran backup behind him. Barkley will be on the roster when the team reports to training camp, and should be the No. 2, but he’s also scheduled to make $2 million next season.

Webb was signed to a future/reserve deal after spending the entire season on the Bills' practice squad.

The Bills may very well want to use a mid-to-later-round pick on a young quarterback they can develop and have under contract for four years, which would probably make Webb expendable before training camp, then let him battle Barkley (and Webb if he's kept) for the main backup role in 2020.