The New England Patriots and Buffalo Bills are set to face off in Week 8 at Bills Stadium in Orchard Park, marking the first game for the division rivals in the post-Tom Brady era.

Instead, the Patriots find themselves in uncharted waters under head coach Bill Belichick, uncertain about their future at the quarterback position after the team fell to 2-4 behind a rough outing for Cam Newton.

The Bills, meanwhile, seem to have found their man in Josh Allen, after nearly two decades of cycling through a series of journeymen and disappointing draft picks who could never seem to string together more than a good year or two. 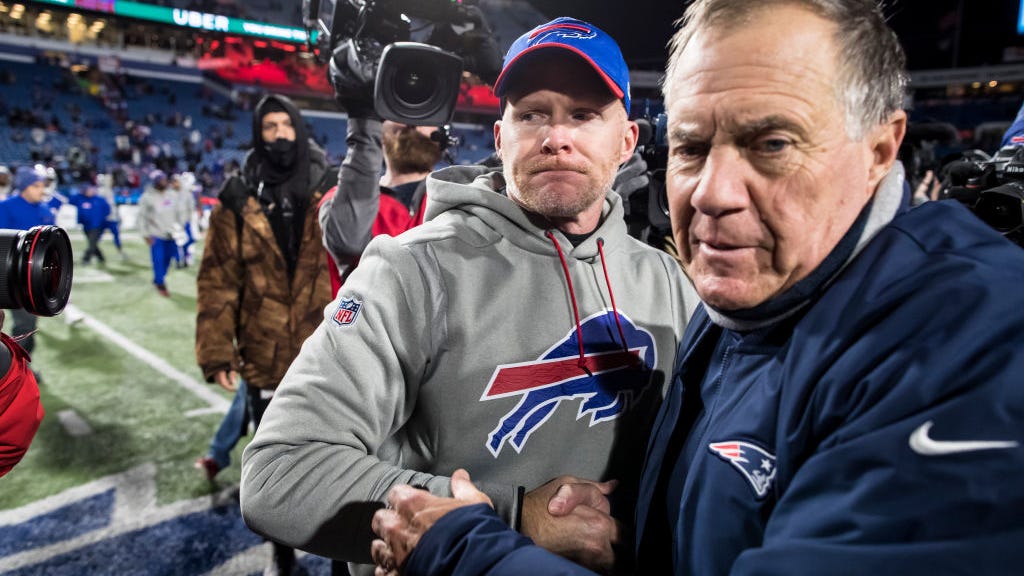 It hasn't happened overnight for Allen -- and already he's show some regression from his blistering start -- but Belichick sees proof of the Wyoming product's development in the all-telling game tape.

Specifically, Allen has improved as a passer, Belichick told reporters on Tuesday, which was the primary knock on him after his first two seasons in the league.

"I think that Josh [Allen] does a good job of going to some of the secondary outlet receivers based on the coverage, where that takes him and if it's open he'll throw it for sure, and if it isn't then he's, I would say, not as quick to pull the ball down to run. He finds secondary receivers and outlets, check downs, and that kind of thing."

Allen eclipsed 500 rushing yards and eight rushing touchdowns in each of his first two seasons, but some said the gaudy ground numbers potentially came at the expense of the overall explosiveness of the offense.

"Now, he's still a dangerous runner – I'm not saying that. He can run and he does run, but I think he's become more patient and just does a better job of dealing with outlet receivers in the coverage or secondary receivers in the pattern than he did. As he gained experience, I think that's to be expected of any good quarterback like that. So, he can certainly make all the throws. He's got a great arm and he can run, he's athletic, he's hard to tackle. But, I'd say his overall execution in the passing game has improved each of the last three years."

The stats certainly suggest Allen has matured and is feeling comfortable standing in the pocket and delivering passes with more accuracy. The 24-year-old completed nearly 68% of his passes through seven games -- this after not breaking 60% in his first two seasons.

Allen is 0-3 in three career starts against the Patriots heading into Sunday's game, but all three games were competitive and, of course, Brady is no longer in town.

Despite cooling off after the hot start, the Bills are still 5-2 and in control of the AFC East. A win over a reeling Patriots team would help Allen cement his claim as the division's top signal-caller, and help the Bills break the Patriots' vice-like death grip on the division.

The 3-3 Miami Dolphins stand between them in second place.