Orchard Park, N.Y. (WGR 550/WBEN) - After months of anticipation following the agreement of a deal for a stadium in Orchard Park, the Buffalo Bills have released the first renderings of what fans can expect to see come the fall of 2026.

After working for months in conjunction with Legends and stadium architectural firm Populous, the Bills released two images of what fans may see once the stadium is constructed across the street from Highmark Stadium along Abbott Road.

The exterior of the stadium will feature a specially-engineered metal mesh that is intended to divert the wind from becoming a factor inside the stadium.

Meanwhile, the interior shows a stacked seating design that protects fans from the weather, and the Bills say will help direct crowd noise onto the playing field. While it will be an open-air stadium in Orchard Park, the roofing canopy will cover roughly 65% of the fans and protect them from the elements.

Fostering a culture. Building the future.

Here’s the first look at renderings of the New Bills Stadium.https://t.co/wQjumbzQA7 | #BillsMafia pic.twitter.com/RC9hnAGkiy

The funding formula for the stadium deal was unveiled and heralded earlier this year. The total project cost is estimated at $1.4 billion, with $600 million coming from New York State and $250 million from Erie County.

While much of the focus of late has been on private negotiations to reach a deal on a Community Benefits Agreement for the stadium project, Erie County Executive Mark Poloncarz has stated that a number of the agreements that are part of the overall stadium deal have yet to be agreed to.

An extension of the exclusivity period for stadium negotiations was announced nearly two weeks ago, where all three parties have until 30 days after final determination on the State Environmental Quality Review (SEQR) by Erie County to finalize the Memorandum of Understanding for the deal. 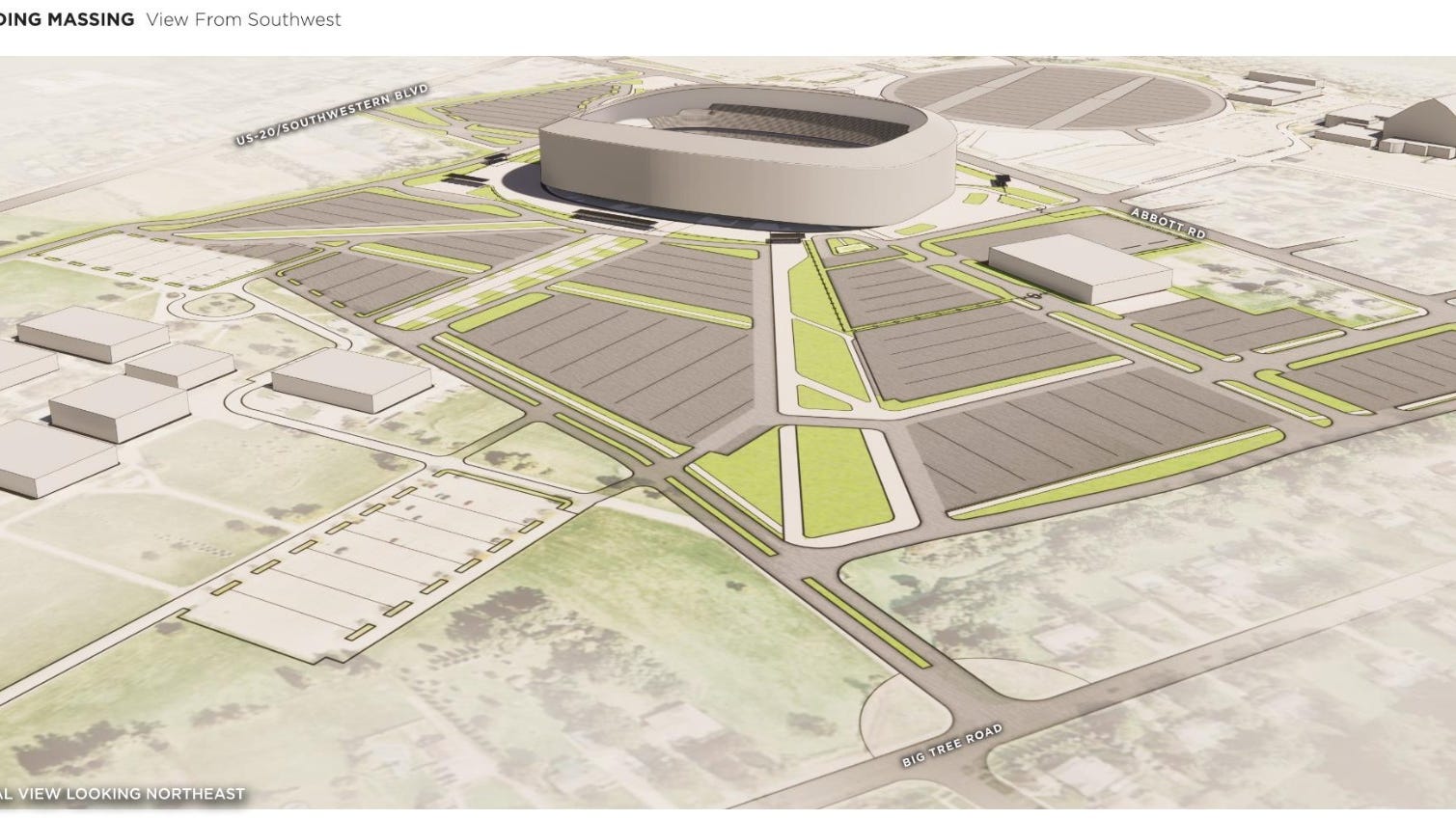 Groundbreaking for the facility is expected in 2023 and the team is expecting to play at the new stadium in 2026.