Before we get to the Week 3 slate in the NFL, here are the current standings among our Audacy Sports Central Team members after two weeks of picks:

Without further ado, here are our moneyline picks for Week 3 of the 2022 NFL season: 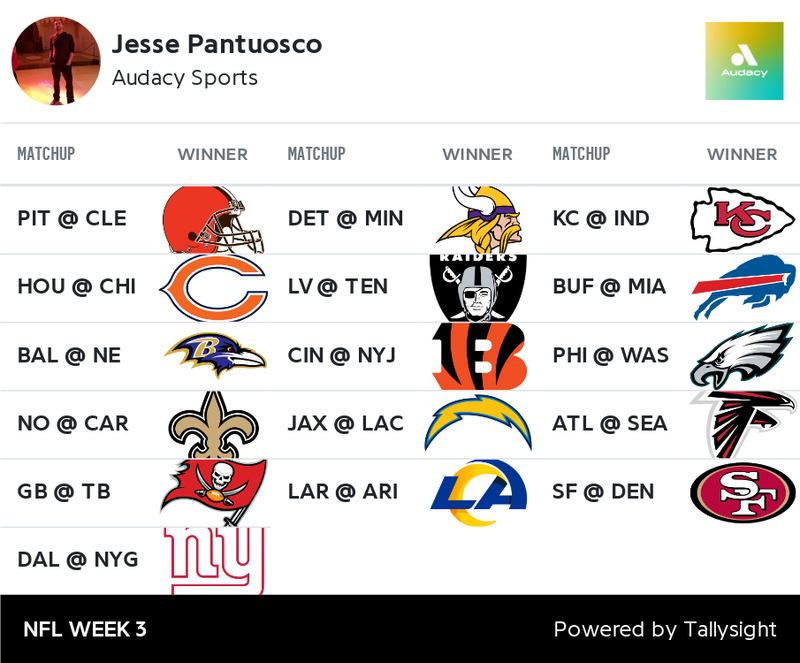 With Jimmy Garoppolo back under center in San Francisco, Jesse believes the 49ers will defeat Russell Wilson and the Denver Broncos on "Sunday Night Football" in Week 3. 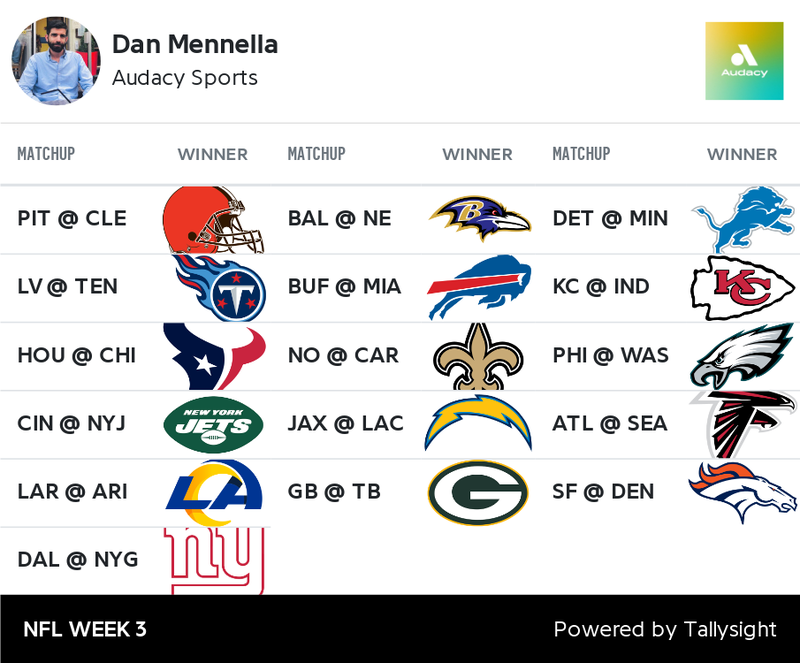 Dan believes that the upstart Detroit Lions will stay hot in Week 3, upsetting the Vikings in Minnesota. 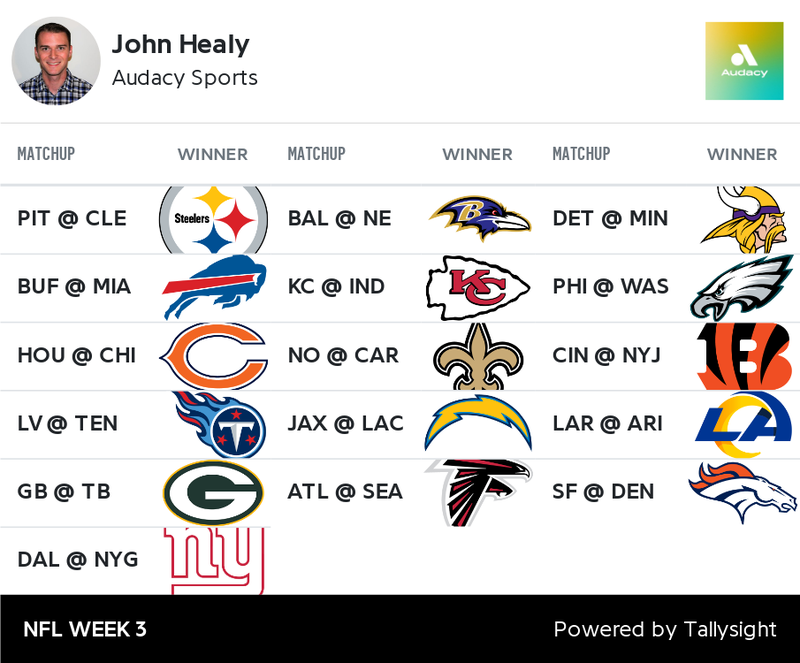 To kick off Week 3, John is predicting that the Pittsburgh Steelers - currently 4.5 point underdogs - will win outright in Cleveland on "Thursday Night Football" against the Browns. 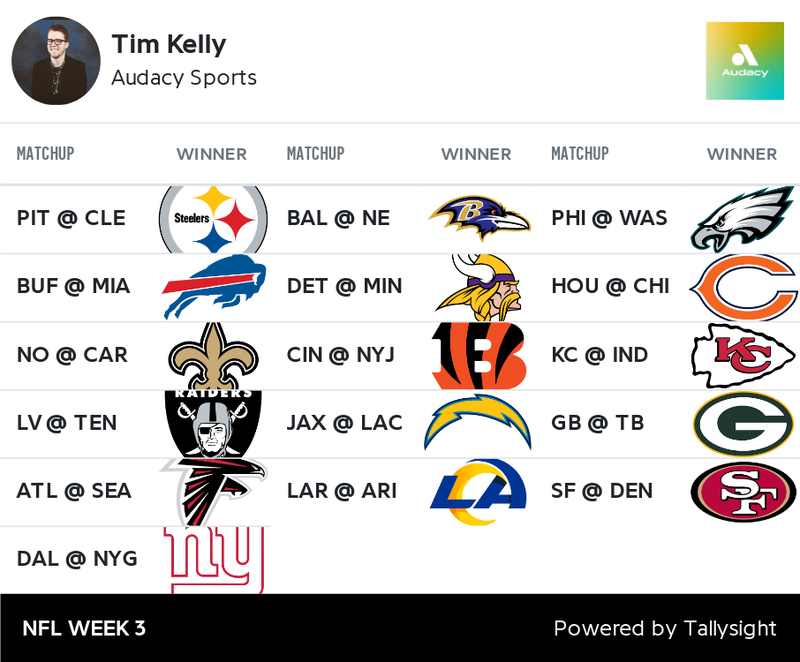 Looking to rebound after a difficult Week 2, Tim believes Aaron Rodgers and the Green Bay Packers will upset Tom Brady and the Buccaneers in Tampa Bay. 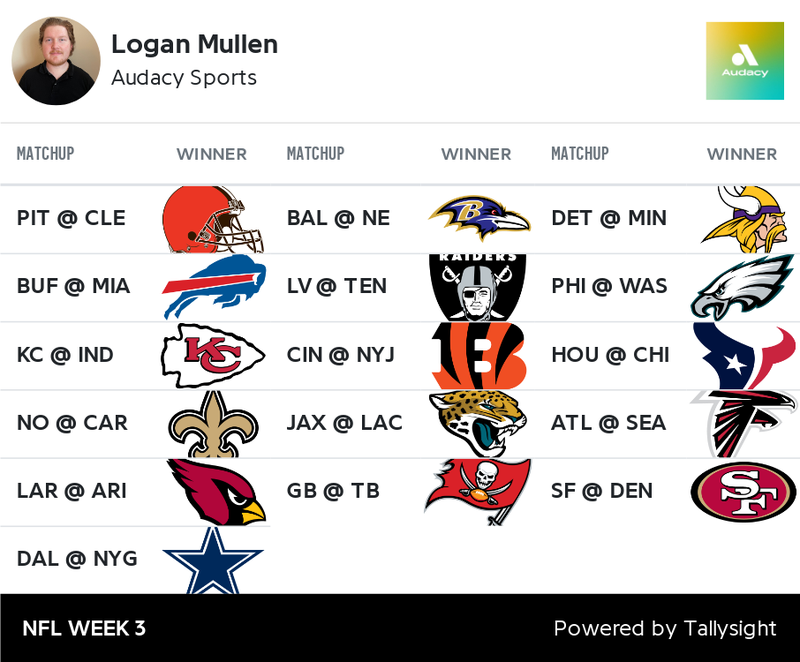 As Logan looks to climb out of last place, he's the lone member of the Audacy Sports Central Team that believes Cooper Rush and the Dallas Cowboys will upset the 2-0 New York Giants on "Monday Night Football". 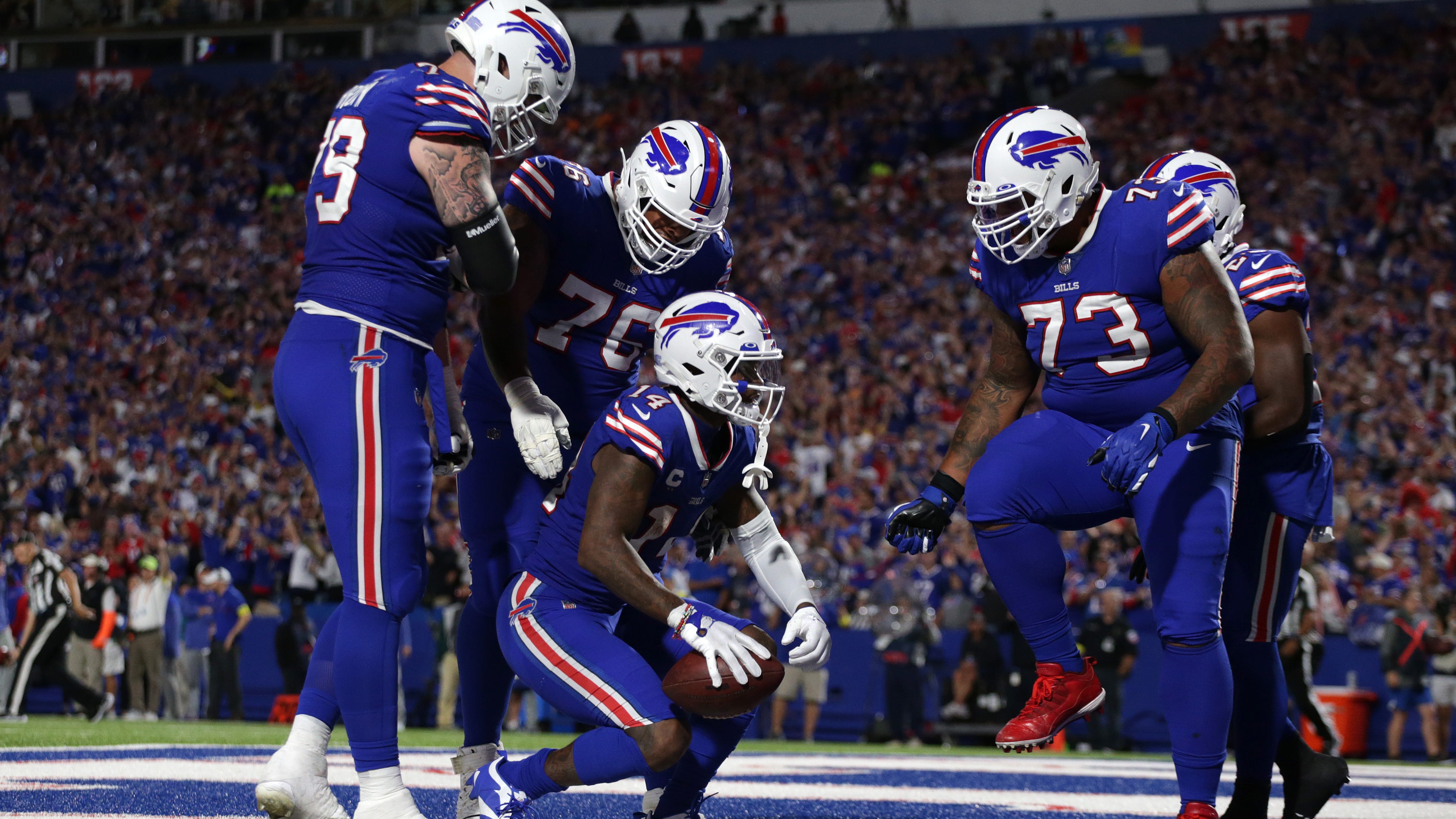 LISTEN: Only team stopping Bills right now is themselves