Before we get to the Week 5 slate, here are the current standings among our Audacy Sports Central Team members after three weeks of picks:

Without further ado, here are our moneyline picks for Week 5 of the 2022 NFL season: 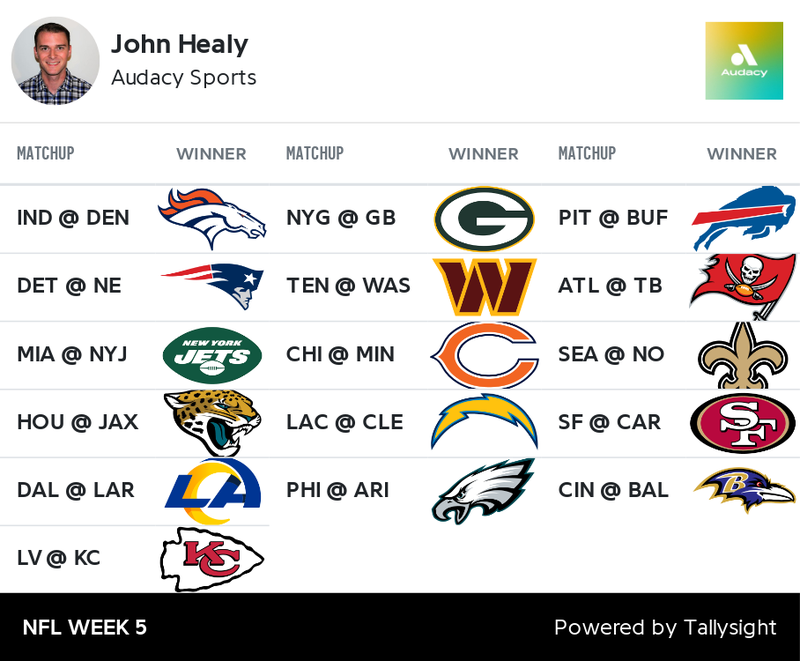 As John looks to hold onto the top spot, he's picking the New York Jets to upset Teddy Bridgewater and the Miami Dolphins in Week 5. 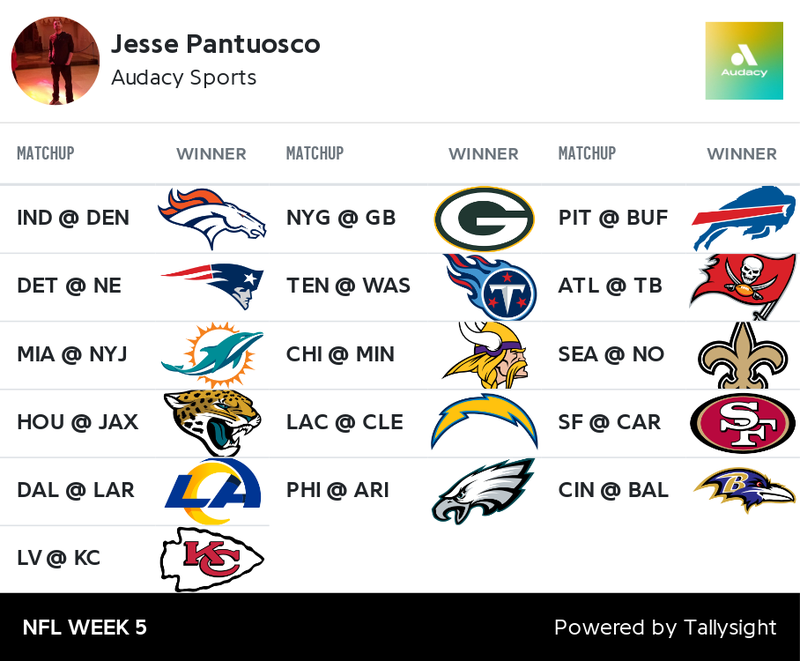 Jesse believes that Russell Wilson and the Denver Broncos will get right on "Thursday Night Football", defeating the Indianapolis Colts. 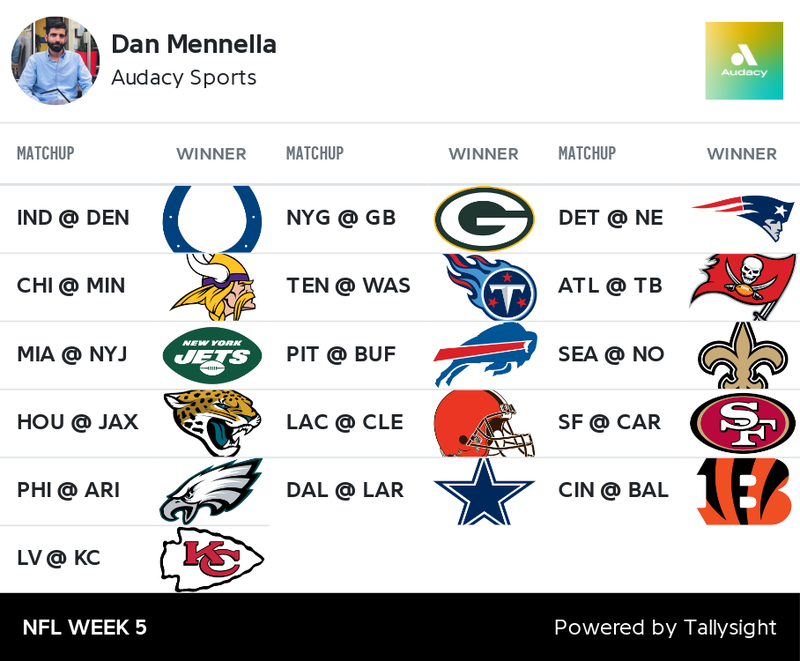 Never afraid to pick upsets, Dan also thinks that Zach Wilson and the Jets are going to upset the Dolphins. 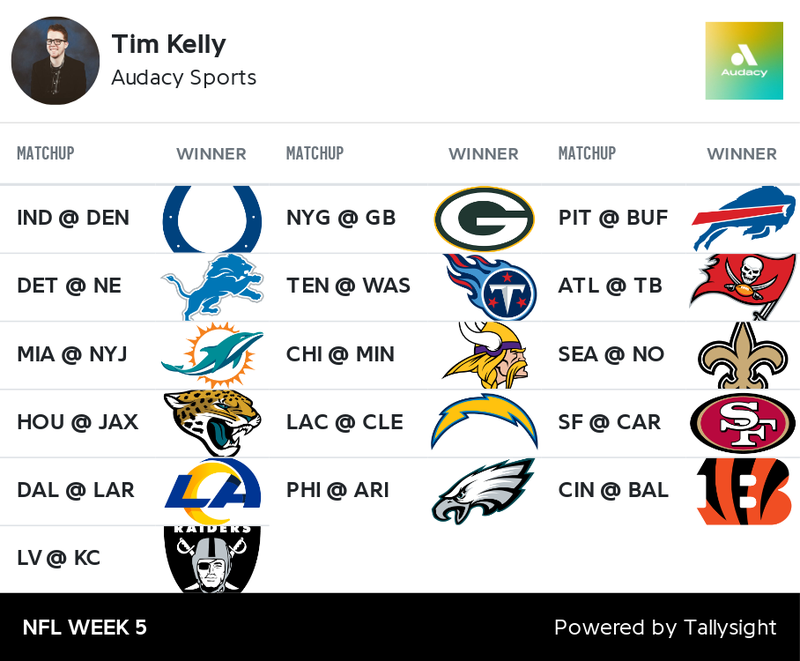 Tim believes that Derek Carr and the Las Vegas Raiders will get their second-consecutive win, upsetting Patrick Mahomes and the Kansas City Chiefs on "Monday Night Football". 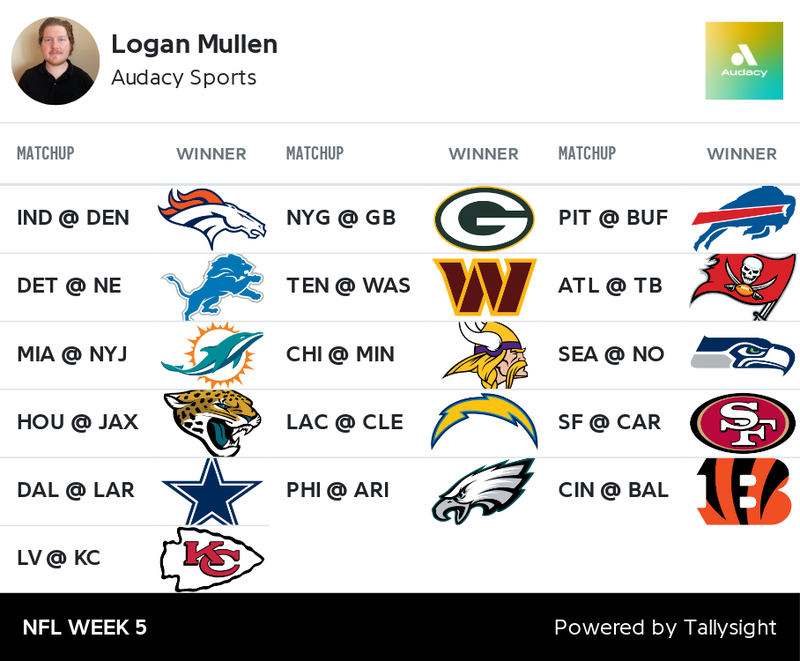 Logan is the only member of our team that is picking the Seattle Seahawks to win in New Orleans against the Saints. 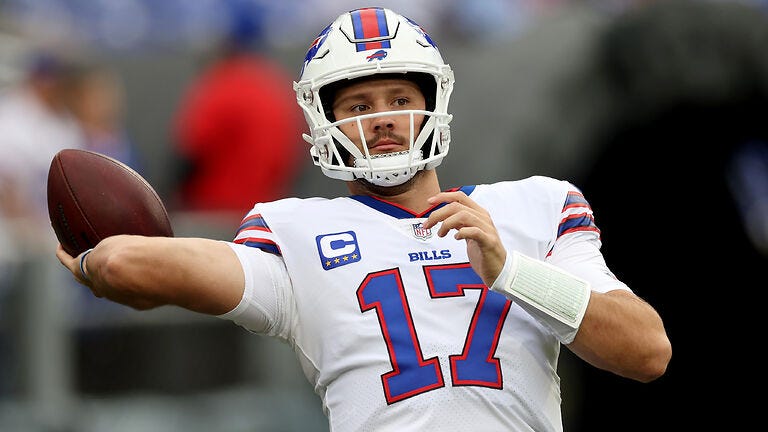 Jim Kelly thinks Josh Allen is on track to shattering his records Could Bills be interested in Chase Claypool?