Pittsford, N.Y. (WBEN/WGR 550) - For fans that have taken the trip to watch a Buffalo Bills training camp practice at St. John Fisher University, many may have noticed the giant padded caps on helmets that some players are wearing.

Some may see the Michelin Man-like design of the caps and notice an unappealing look for the players. However, the caps are part of the National Football League's initiative to make the league safer for players on the field.

The people behind the padded caps in the NFL and college football are the folks from Guardian Innovations based out of Atlanta, Georgia.

"It's a one size fits all soft shell helmet cover designed to reduce impact during practice," said National Sales Manager for Guardian Innovations, Tony Plagman. "Our standard cap produces up to a third of the blow, and the NFL version that is being worn currently by the NFL players, they measure the head acceleration response metric. That reduced an average of 10% reduction with one player, and 20% if two players are wearing it."

Husband-and-wife duo Erin and Lee Hanson started Guardian Innovations back in 2010, and introduced the Guardian Protective Helmet Covers to the football universe at the American Football Coaches Association meeting in January of 2012.

Then in 2013, Guardian's first big customer for the helmet caps came when the University of South Carolina came calling. From there, the protective caps have taken off.

"We've been really over a decade on the field and collecting data," said Erin Hanson on the history of the Guardian cap. "We won the NFL Head Health Tech Challenge in 2017, which was our first exposure to the NFL. That allowed testing and them to collect data on the efficacy of the caps. That was when we first were introduced to the NFL, and then they reached out maybe two years ago."

"I think the last probably 4-5 years is when the product started to take off a little bit more, because coaches are talking to each other, they're talking about what products work," added Plagman to Hanson's comment. "The early adopters that used it, word is spreading that these coaches like what they're seeing, and word's spreading that it's actually helping their players."

Last year, the Guardian caps were optional for player use during practices and in training camp. A total of six teams - including the Bills - allowed players to wear them, mainly players up front on the lines. This year, the league has made it mandatory for all 32 NFL teams to have certain players don the padded caps through the second preseason game. This includes the offensive line, defensive line, linebackers and tight ends, as well as any other player on the roster who elects to wear them.

"The reason there is to address the repetitive impacts that they're taking over the course of the season, just trying to reduce some of that blow on each one of those repetitive sub concussive impacts," said Plagman. "A lot of the research is showing those smaller ones add up, and then it may be that straw that breaks the camel's back. We're trying to prolong that, keep these guys a little healthier."

So what has some of the player feedback been while wearing the caps during practice?

Buffalo Bills defensive tackle Ed Oliver was among some of the players league-wide that gave their initial thoughts on the Guardian caps. He said the padded shells “aggravate” him, making him feel like “a bobblehead” on the field.

“It’s just heavy,” Oliver said. “I like the way my helmet feels without it. I have been playing without it for this long, I just don’t like it.”

While some of the players have needed some time to get used to the caps during practice, the reaction from players to the company has been relatively positive. 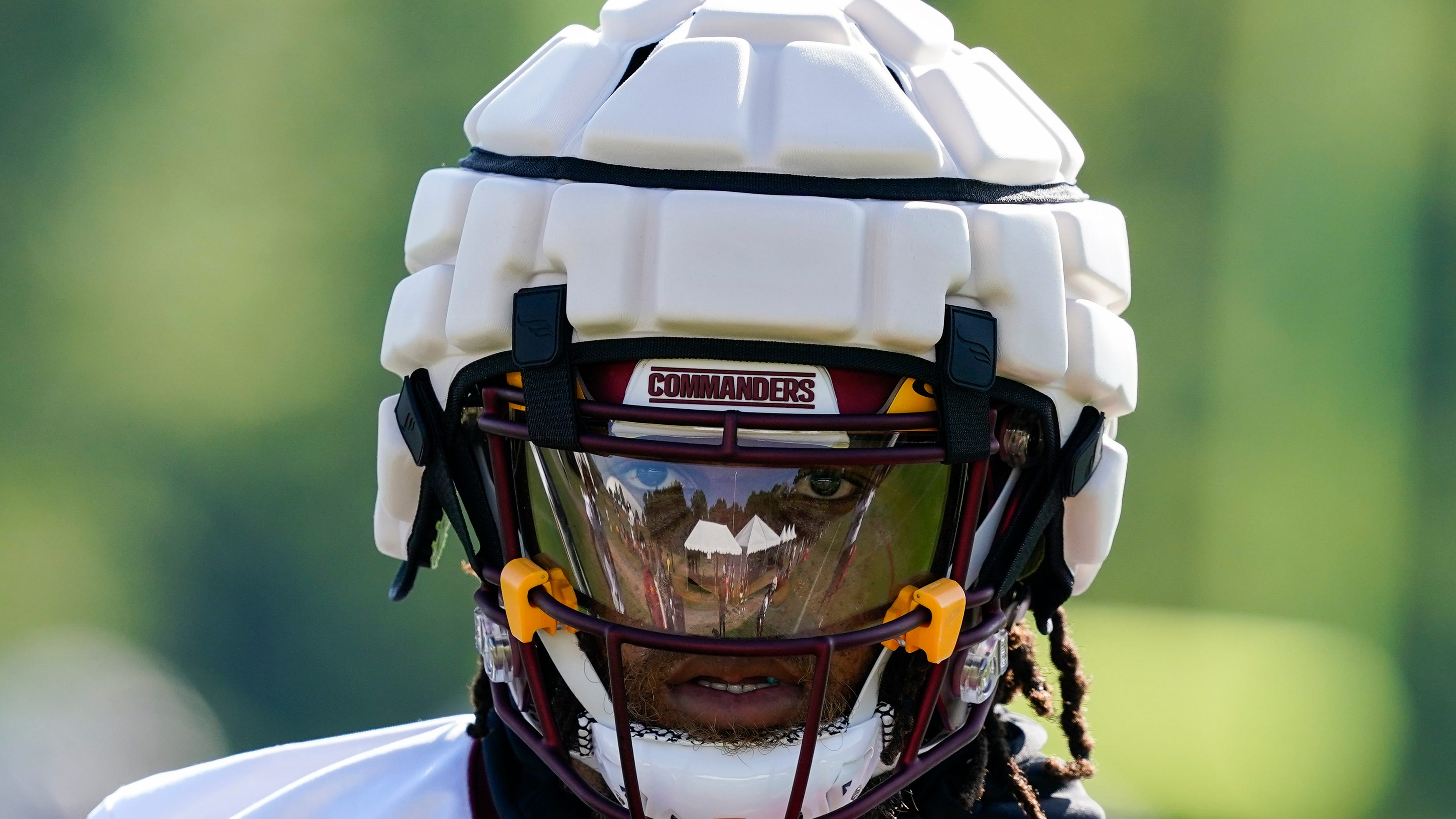 "It's hit or miss on the guys. I think the biggest pushback we get is the looks of it, which there's not a ton we can do there," Plagman admitted. "Obviously, we don't have that 'swag' factor, but there's a lot of linemen that are saying, 'You know, the first thing I thought when I saw it is this thing is the dumbest thing I've ever seen. But then you wear it, and it's actually pretty nice,' when they practice with it. So the looks and just being different, because these guys have not had to wear it for so long, especially the veteran guys, but some of the younger guys that have worn them the last couple years in college - we have about 250 colleges, a lot of the top-25 college programs are wearing them. So a lot of the younger guys are used to them, and they can tell the difference."

"We don't really get pushback from the guys in the college programs, because I think they're trying to prolong their career and stay as safe as they possibly can to get to that next level," Erin Hanson added. "This will be our 10th season with Clemson, we're with Alabama, Georgia and Oklahoma and all of these top programs, Cincinnati, Ohio State this year. So those guys don't really give much pushback on the looks of it, because they understand the function of it. I think when you get to the pro level, there's a little bit more [with] these guys have their own brand. They're taking pictures at practice and they're posting things on Instagram. I think there's a little more push back on the aesthetics of it."

Despite the look and the feel of the Guardian caps for the players, the science is already starting to prove that the extra padding on the helmets are working as intended, and even them some.

"We focus on what we can prove, and right now, that's impact reduction," said Plagman. "We know we can reduce 10-20% of the impact. It's not just to the head, it's helmets to knees, to hips, to elbows, to quarterbacks hands. We've heard a couple NFL teams this year, some quarterbacks hit their hands on a lineman helmet, and hopefully, we prevented an injury for those pretty expensive quarterbacks, as well. So I think the NFL is doing their own little study on how it affects the injuries, and so hopefully we'll get some good feedback on that pretty soon."

While the caps are getting the job done to help keep concussions down around the NFL, Lee Hanson says the company is constantly looking at ways to improve its product.

"We're a science and technology company, that's our basis. We're chemical engineers, and we create new products for military and other aspects. So we're constantly looking at new materials, new ways we can change the function and, of course, the aesthetics," he said. "We are constantly looking at it, but right now, we have a product that works. It's been proven to work for 10 years, and it's hard to make a change right away towards that. So right now, we've got a great product, and it's doing what we say it's supposed to be doing."

"The goal is to keep these guys healthy for years and years to come," Erin added. "We have enough former players in here - Jerome Bettis is one, Freddy McCrary, other guys who are former players who won't let their sons practice without one. So when you look at the longevity of a man's life, not only his career, I would hope that fans would want those guys to live a healthier life. The looks might be a little hard to take in, but hopefully that means their team will have a full roster for game day."

As for the future of these caps becoming a feature for in-game use, there are already youth and some high school players wearing the caps during games. As for game day use in the NFL, Executive Vice President of Communications, Public Affairs and Policy, Jeff Miller says the league will continue to analyze data, but won’t rule it out if the data leads there.

More from our conversation with the folks from Guardian Innovations is available in the player below: