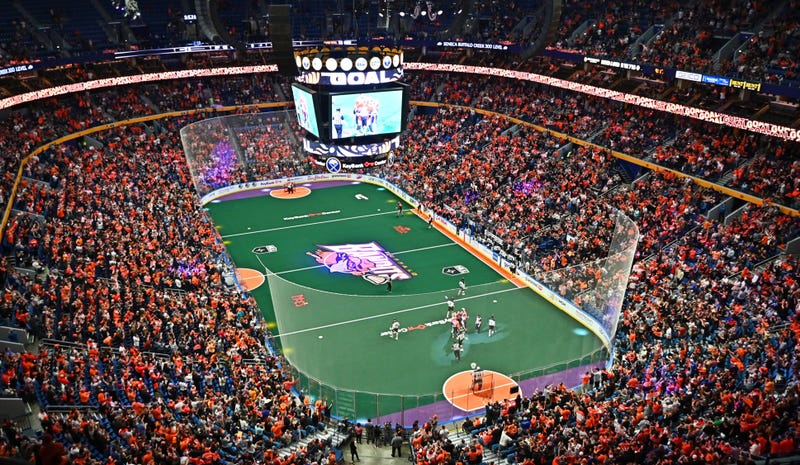 Buffalo, N.Y. (WGR 550) - It has been 14 years since the Buffalo Bandits were last crowned as National Lacrosse League champions.

For Dhane Smith and his teammates, there is a very realistic possibility of NLL Champions Cup to "Banditland" in front of a sold-out crowd on Saturday night at KeyBank Center.

Smith joined the “Howard and Jeremy Show” on Friday, as he prepares for, perhaps, the biggest night of his professional lacrosse career. But for the former NLL MVP, he is looking at Saturday night as just any other game.

“At the end of the day, this is the game I’ve been playing my whole life, and nothing really should change” said Smith with Howard Simon. “We need to just focus on the little things and just stick to our gameplan. We can’t adapt to them; we just need to play our game, and I think that’s what’s made us successful all year”

“Successful” is a modest way to describe a team that finished the regular season with the best record in the league (14-4), and on the brink of a second NLL championship (fifth championship in franchise history).

However, despite things coming together for the team on the floor, Smith attributes a large part of what’s gotten the Bandits this far to the loyalty of the fanbase.

“The atmosphere is going to be incredible," Smith said. "These are two top teams that have the best crowds in the league, and you can see in Games 1 and 2 the crowd played a huge factor. With a sold-out crowd here, they’re our backbone. They’ve been our backbone all year, and I know it’s a huge advantage.”

Both the Bandits and Mammoth each got their sole wins of the NLL Finals on their home floors. Saturday night's Game 3 will be the winner-take-all contest in the best-of-three series.

With Game 3 at KeyBank Center officially a sell out crowd, the more than 19,000 fans will, no doubt, continue to play a large factor. The Bandits have only ever hosted that many fans four times since their inception in 1992 prior to Saturday.

For Smith, winning the NLL Champions Cup in front of the hometown faithful is something he's dreamt of since arriving in Buffalo in 2012.

You can listen to Smith's entire interview during the "Howard and Jeremy Show" in the player below:

Hear all the play-by-play action of Saturday's Game 3 on WGR Sports Radio 550 starting with pregame coverage at 7:30 p.m. ET. Faceoff in Buffalo is set for 8 p.m. ET.