The quarterback controversies were supposed to subside in San Francisco for a little bit. Instead, they might heat right back up.

Trey Lance was thought to be the quarterback of the future when he was drafted third overall in 2021. The keys to the offense were handed to him this season, with Jimmy Garoppolo surprisingly backing him up after an offseason in which it looked certain he’d be moved.

But both Lance and Garoppolo have gotten hurt this season, and now Brock Purdy, the final pick in the 2022 draft, has the Niners one win away from a Super Bowl.

It’s been an impressive run for Purdy, who has had the benefit oF an elite collection of weapons around him. Still, he’s looked the part, and now the 49ers have to chart a course forward with two young quarterbacks who both look capable of handling themselves as a full-time starter.

Former NFL quarterback and current ESPN analyst Robert Griffin III gave his take on how John Lynch, Kyle Shanahan and Co. should proceed in his weekly appearance on 106.7 The Fan’s “The Sports Junkies.”

“If Brock Purdy – I don’t think he has to win this game or go to the Super Bowl for it to be a conversation next year of him being a starter," Griffin said. "I think that’s already been determined that him and Trey Lance right now, today, it’s an open competition between the two of them. Doesn’t matter about the draft position. And I think they should come out and say that whenever the time comes.

“Now, if (Purdy) goes and wins the Super Bowl, it’s a done deal. He's the starter, there is no open competition. But right now, today, it should be an open competition between Trey Lance and Brock Purdy. I think he’s earned it, and I think Trey Lance would be up for the challenge.”

It undoubtedly would be difficult to justify not making the starting job in 2023 Purdy’s to lose should the 49ers win the Super Bowl. But it’s also way too early to write off Lance, whose sample size at this point is smaller than Purdy’s.

But if winning the Super Bowl means the 49ers have to ride things out longer with Purdy, that’s a problem they’d probably accept. 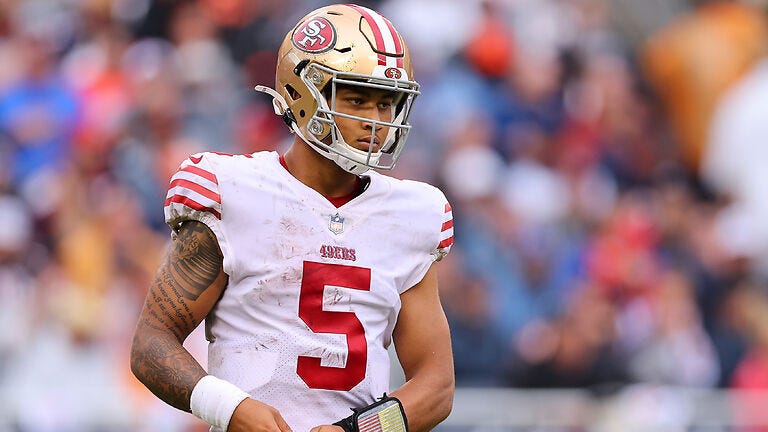