It’s time to plan your Victoria’s Secret shopping spree before it’s too late.

L Brands, the parent company of the popular lingerie company, announced plans to permanently shut down between 30 to 50 stores across the United States and Canada in 2021.

The store closures come after the brand shuttered roughly 250 Victoria's Secret stores in 2020. There are only 848 brick-and-mortar stores across the two countries in 2021 compared to last year’s 1,100 stores.

The retailer still plans to spin off the struggling brand into a separate company.
"Over the next six months, we will continue to work toward the separation of the two businesses, proceeding down a dual track to prepare for either a spin-off or a sale," the company noted in a statement.

In 2020, L Brands said the retailer hit a slump with sales declining 37% for the quarter.

However, the company is investing in its stronger brand, Bath & Body Works.
CNN notes that L Brands will open an additional 50 stores in North America this year despite closing 50 stores in 2020. 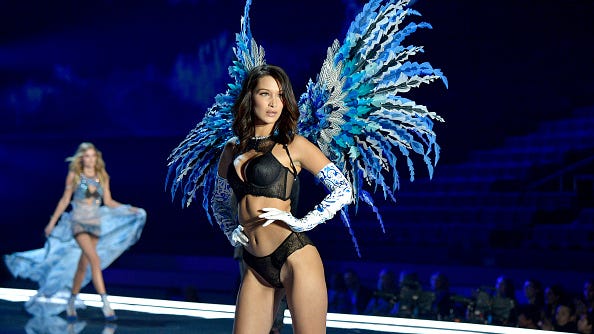 Per the statement, the stores will “almost entirely” be at off-mall locations. An additional 20 to 40 locations in malls will be closed.

Bath & Body Works has seen a surge in sales of soap, hand sanitizer, candles and lotions, which lent itself to a record fourth quarter that offset some declines at Victoria’s Secret.

In 2019, Victoria’s Secret pulled the plug on its annual fashion show after ratings took a hit.

At the time, an internal memo from CEO Les Wexner revealed the organization had decided that televising the runway show was no longer “the right fit.”