Carole Baskin, dressed head-to-toe as a lion, said goodbye to “Dancing with the Stars” on Monday night.

In the third week of the dancing competition, the big cat enthusiast was eliminated after landing in the bottom two alongside actress Anne Heche.

Baskin’s lion costume was part of the seasonal Disney night where couples dance to a popular song from a Disney film.

Baskin and pro partner Pasha Pashkov teamed up for a samba set to “Circle of Life” from “The Lion King,” which earned them a score of 12/30.

All three judges, including Derek Hough, who saved Baskin from elimination the week prior, gave Heche their vote.

"Anne and Keo, there was a few little slip-ups tonight. But, you know, I think you have a lot of potential. Carole, Pasha, you're here doing your thing. Unfortunately, I can't save you again this week, so I'm going to have to go with Anne and Keo,” Hough said.

The 59-year-old didn’t seem too surprised or bummed by the elimination.
“My husband is going to be so happy I’m coming home,” the star of Netflix’s “Tiger King” exclaimed.

This makes Baskin the second celebrity to be sent home from the reality series.
In the second week of the competition, Charles Oakley hung up his dancing shoes. 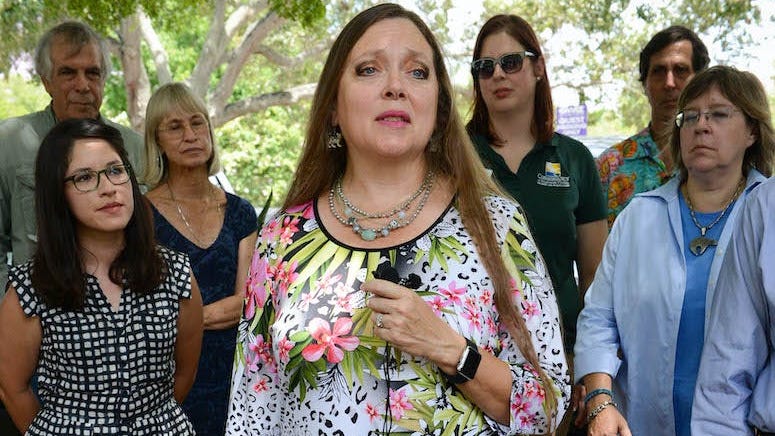 Baskin fully embraced the cat theme during her short tenure on the show.

On the “DWTS” premiere, she aimed to impress all the cool cats and kittens in an animal print outfit as she danced the paso doble to “Eye of the Tiger." She got the lowest score the night with an 11/30. In the second week, she performed the Viennese Waltz to Tom Jones’ “What’s New Pussycat.”