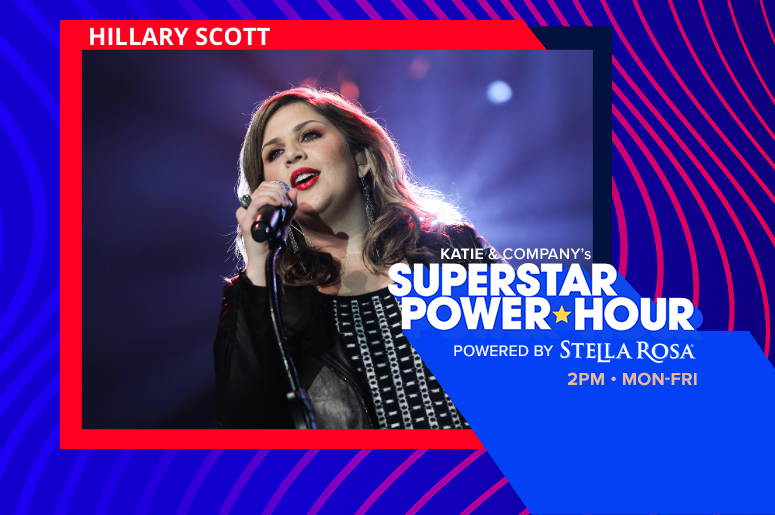 RADIO.COM's Katie Neal welcomes Lady A's Hillary Scott to our airwaves as this week’s co-hosts for the Superstar Power Hour on all your favorite RADIO.COM Country stations nationwide as we shine the spotlight on the Leading Ladies Of Country all week long.

Listen every weekday from 2PM - 3PM on your favorite RADIO.COM Country station as Katie & Company bring you today's biggest hits with some extra insight from the biggest stars in the genre! Hillary and her Lady A counterparts were just added to the esteemed roster of members at the Grand Ole Opry -- an accomplishment that every Country singer dreams of. And the best part, they were invited during a surprise announcement by Darius Rucker! It was a perfect moment for all, as the group provides backing vocals on Rucker's latest hit "Beers & Sunshine" and has worked with the GRAMMY Award-winning singer in the past.

As the award shows have begun to roll out, Lady A is also up for an ACM for Group of the Year, and a GRAMMY for Best Country Dup/Group Performance for their single "Ocean" this year -- no small feat, mind you, as there was absolutely no way for them to hit the road amid health and safety guidelines.

Aside from that great news, it's also Women's History Month -- and who better to speak with about the numerous female contributions to the Country world than a woman who has been at the forefront of the genre since 2006?!

Tune in every week to the Superstar Power Hour with Katie & Company on your favorite RADIO.COM Country station and be sure to catch Lady A's Hillary Scott on the show as we shine the spotlight on the Leading Ladies Of Country all week long.