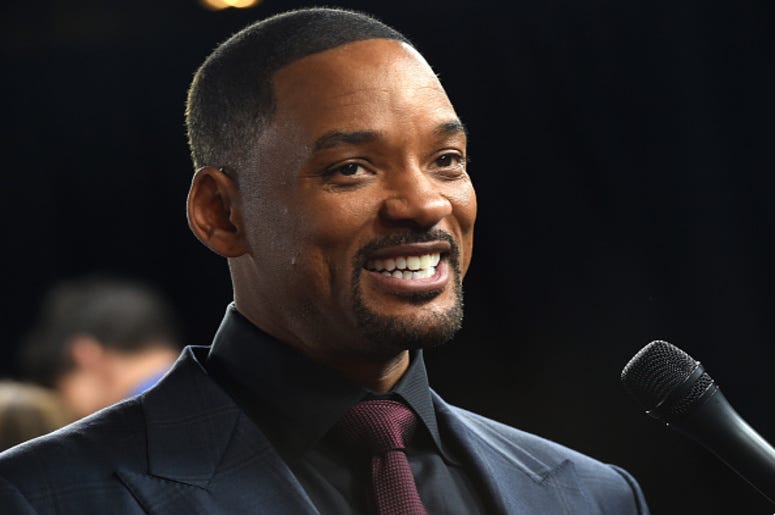 Ever since a trailer for a dramatic reimagining of ‘Fresh Prince of Bel-Air’ went viral back in 2019, fans have been begging for a new version of the beloved series.

Now, after Peacock decided to turn that trailer into an actual series, that request is only a few months away from coming true. Peacock unveiled the first teaser trailer for "Bel-Air," which features narration from the show’s original star.

Fresh off of "King Richard," Will Smith returned to his "Fresh Prince of Bel-Air" roots to narrate the trailer for the upcoming series. In the trailer, Smith somberly speaks the iconic lyrics to the show’s original theme song alongside a clip of the new star of the show, Jabari Banks, swimming underwater before taking his seat on the throne. Banks, who will make his acting debut in the series, was hand-picked by Smith and the show’s creative team, according to Yahoo.

As for finding Smith's replacement, show-runners T.J. Brady and Rasheed Newson revealed: “During the development of Bel-Air, the most daunting question was: Could we find a young actor who'd be able to step into the role of Will Smith? Well, did we ever find him. His name is Jabari Banks and he won our hearts in the same way he won this role.”

Instead of the comedy version, Peacock is serving up a dramatic take on a West Philadelphia teen "who is transplanted to the ritzy Los Angeles ZIP code." The half-hour sitcom will now be an hourlong drama that will dig into the characters more "deeply."

Hopefully, the new version lives up to the original.