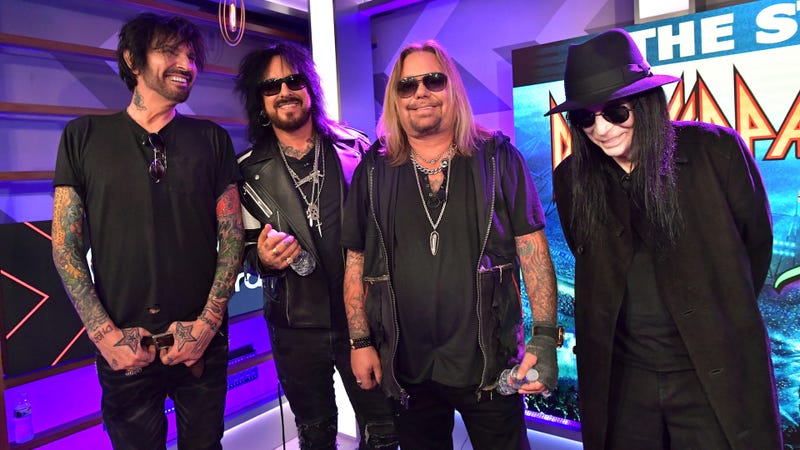 All this time they were singing about “Girls, Girls, Girls,” Mötley Crüe was just keeping us distracted.

In reality, their true purpose runs much deeper than that.

OK, that last bit may have been embellished juuussssttttt a little bit, but a brand new graphic novel is set to depict Mötley Crüe as secret government agents.

“Playing arenas overflowing with tens of thousands of fans was just a front for our true mission,” a teaser of the graphic novel reads.

“Now, as Vince Neil, Nikki Sixx, Tommy Lee, Mick Mars emerge from self-imposed exile from all corners of the globe, the REAL story behind the band can finally be told… as the exploits of Mötley Crüe working as special undercover government operatives are revealed in this graphic novel.”

The Dirt: Declassified is the latest graphic novel from Z2 Comics as the out-of-this-world story of Mötley Crüe is set to be told in a brand new fashion.

“Mötley Crüe remains the one group whose live show in the ‘80s felt truly dangerous. Now that I know the truth about the band, it’s obvious why.” Z2 Senior Editor Rantz Hoseley told Loudwire. “We’re proud to have gained the trust of these live wires to tell the secrets they’ve been forced to cover up for decades… we guarantee you aren’t ready for the madness and mayhem in this graphic novel.”

The Dirt: Declassified will be released on April 1, 2022. You can preorder the novel and check out a sneak peek at what’s inside at Z2 Comics’ website.