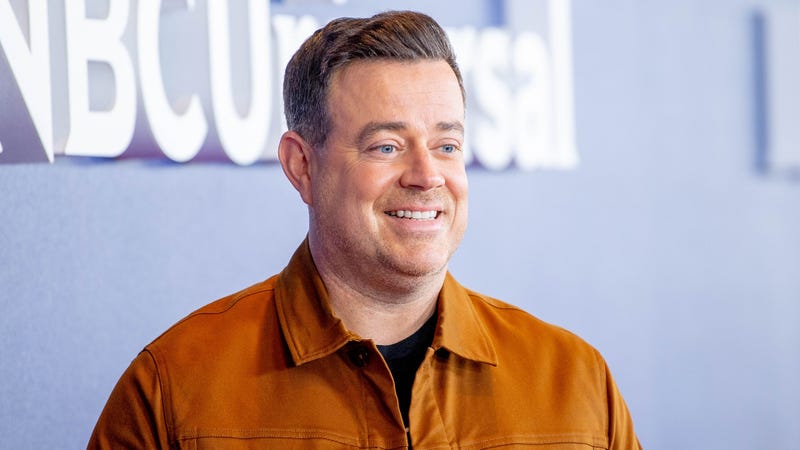 Carson Daly recently opened up about being in a “much better place,” since talking about his lifelong struggle with anxiety.

After first publicly revealing his personal battle with Generalized Anxiety Disorder (GAD) during a 2018 TODAY Show interview, delving into the anxiety, and panic attacks he experienced during his TRL days. Carson, who just last year hosted Audacy’s I’m Listening special, further elaborated on his struggles, in a new interview with USA Today.

“You may know me from MTV or as a celebrity of whatever you think of me. You may think my life’s perfect. I’ve got kids. I always look happy on TV or when you watch me on The Voice. But that’s just not how it works. It’s not like that,” he told the outlet.

Daly continued, “On The Voice, when I’m live on Monday nights, most of the time, my right hand is in my right pocket, and I’m literally gripping onto the flesh of my thigh because I’m waiting for a high-panic moment to pass.”

According to the National Institute of Health, GAD is described as living in a constant state of fear, anxiety and dread, interfering with a person’s daily activities. Noted by NIH to most commonly affect individuals 30 and above, the disorder is said to be treatable with medication, therapy, or a combination of both.

Detailing his personal journey with the disorder, Daly told USA Today, that while he still maintains and manages symptoms of panic attacks, including hyperventilation, after opening up about his struggles, he finds himself in a “much better place.”

“Once you realize that other people have (GAD), that it’s an actual diagnosable thing, and there is a whole psychology and physiology behind it, you have context. And I think learning about all that, talking about it, exploring it, has just ripped the veil.” Daly revealed.

And in doing so it inspired him to start a summer series he’s called Mind Matters, to shed light on all types of mental health crisis, by creating a platform for other people to share their stories.

“It’s just inspiring. I’ve never had an issue with clinical depression,” Daly said, but when doing Mind Matters, I have a chance to talk to people who struggle differently than I do with suicidal ideation or depression, and I’m in such awe of the bravery of people.”