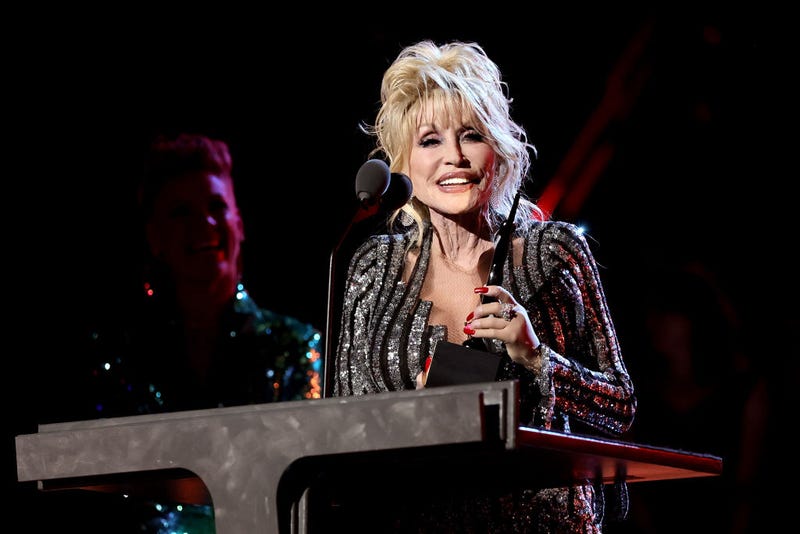 Steve Perry has open arms when it comes to doing a duet with Dolly Parton!

Parton has announced she's recording a rock and roll album, and backstage at the Rock Hall induction ceremony Saturday in Los Angeles, she told Access Holiday that the album will have Perry join her on a duet of "Open Arms."

Perry confirmed the news himself on Twitter Monday night.

If Dolly says it’s true, then it must be true… her voice is amazing!
-Steve Perryhttps://t.co/jei2oQzE3U

Parton also mentioned that Steven Tyler of Aerosmith will appear on the project and that she's also going to cover an Elton John song.