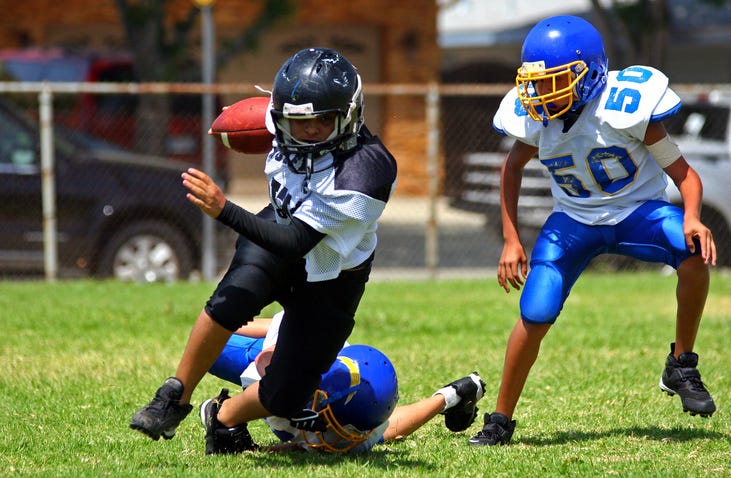 More examples to never give up. Jasen Bracy had tumors develop in his retina at age 1 and became officially blind at age 7. Influenced by his dad describing attended football games he wanted to be a player.

He's age 15 and is a quarterback. David Nichols is Jasen's coach, “He knows where to be at, where to hand the ball off, where the kid’s going to be at, he knows how to get the points.”

Contrary to what you might think, the human interest news value doesn’t describe every story that is interesting to...

The team has bonded very close, “Just seeing him, he shows me there’s nothing you can’t do, and that reflects on the other kids. Ever since he’s been on my team, the team gravitates around him." True inspiration, “It changes their whole outlook on life. He makes the season. Even if we don’t win, just having that chemistry with the team has probably been one of the best things I’ve ever been around.” Video and more here.