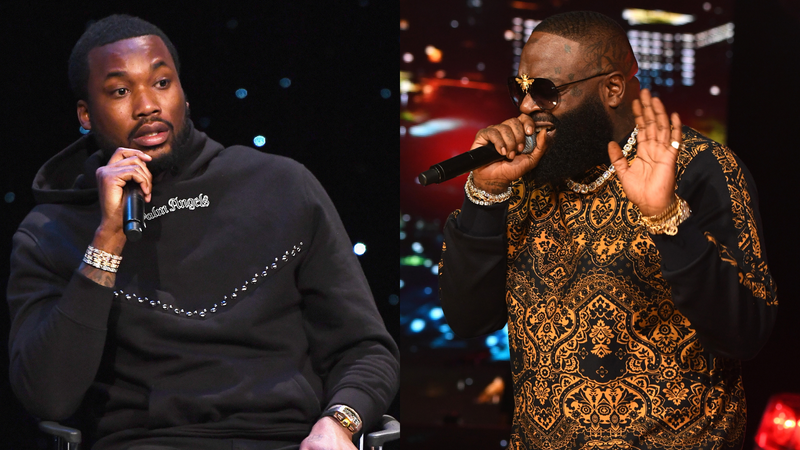 There’s a rumor in the streets that there’s some tension within Maybach Music Group. Founder, Rick Ross, wasn’t granted access into Meek Mill’s recent birthday party and apparently, this “beef” has been brewing for quite some time.

The tension began when Meek requested out of his contract with MMG and Rozay denied. DJ Akademiks revealed the news via a Twitch stream. He expressed, "there’s an artist who’s signed to another artist. People saw when the artist who’s signed to the other artist was having a party, the artist they’re signed too allegedly tried to enter the party and go about certain places and I heard there was a big issue. [...] And allegedly, they beefin’ because they’re trying to get off the label. That’s what I heard."

He revealed that things haven’t turned violent and their issues are simple. Meek wants out and has reportedly been trying to get out of his contract for a year, but Ross wants him to finish out the terms of his deal and he isn’t asking for anything that wasn’t previously agreed upon.

Meek signed to MMG after leaving Grand Hustle Records in 2011. He's released four studio albums under MMG— 2012's Dreams and Nightmares, 2015's Dreams Worth More Than Money, 2017's Wins & Losses and 2018's Championships. Akademiks is known to stir the pots and the rumors haven't been confirmed by either rapper.