Jemele Hill rose up the ranks at ESPN over her 10-plus years there. She started as a columnist in 2006, but by the time she was anchoring the flagship "SportsCenter” in 2017, she wasn't getting what she signed up for.

Hill joined fellow former “SportsCenter” anchor Kenny Mayne on Audacy’s Hey Mayne podcast this week. She opened up about leaving “SportsCenter,” the culture at ESPN, and the current political climate in America.

“There’s a difference between being at ESPN and being at ESPN living in Bristol. Those are two different experiences,” Hill said (4:15 in player above).

In her early days as a columnist at ESPN, Hill would go in and out of Bristol to do TV work and other projects. She didn’t live there so only so she was only exposed to so much of the culture.

“Even once you’re in Bristol, there’s a difference between being on say another show and then the ‘SportsCenter' culture, which was a lot different,” Hill said.

When Hill was slated to take over SportsCenter with “His & Hers” co-host Michael Smith, she heard the same sentiments from a lot of experienced coworkers, including Mayne himself, Mike Greenberg, and Scott Van Pelt.

“You all asked the same question was, ‘Are they gonna let you be you?’ and it would then be followed by ‘Don’t let them change you,’” Hill said. “You hear it from one person, like OK, they’re just looking out. I heard it from so many people that I was like ‘Man, what have we gotten ourselves into?’

“Giving us this advice there’s an implicit warning that’s in there, too. That became really evident very quickly. So we were already having some creative issues with the suits before Donald Trump. Donald Trump then, once that happened and my tweet and all the fallout and the controversy, that just sped up something that was already I think in process,” Hill continued.

Despite the changes made to "SportsCenter," ESPN wasn’t trying to be viewed any differently.

“It’s a conservative culture at ESPN so this idea that ESPN is being run by flower children is just a lie. That’s not how it is. It’s the opposite if anything. As you know all too well,” she said to Mayne.

“We might be ‘left-leaning,’ if you will, as opposed to right-leaning, but that was in our personal time or on our Twitter when we were allowed to express ourselves,” Mayne replied. “Never did you come on the air and go ‘I stand against Donald Trump,’ like that didn’t happen.”

Hill still runs into issues today with people who think that what she said about Donald Trump was on SportsCenter and that ESPN’s flagship show had suddenly gone liberal.

“I’ve challenged those people many times who said the company was getting too liberal. Nobody on air was discussing immigration reform. We weren’t discussing healthcare. None of that was happening.

“The only thing that changed, and this is unfortunate that it’s this way, but once they started seeing my face, Michael’s face become more prominent, you had (Dan) Le Batard who created his own echosphere, Sarah Spain, Kate Fagan, Jane McManus.

“Once they saw certain names and faces become more prominent voices, then suddenly ESPN is too liberal because what they’re really trying to say is ‘Oh y’all must be liberal-leaning because you got all these women and all these Black people who are suddenly on my TV everday. So that means that this company has certainly given in to a brigade of liberalism.’”

While Hill and Smith had fun with their original show, the fun was sucked out of it when they switched over to “SportsCenter.”

“That’s not what we signed up for. We signed up to do something different. We wanted to bring the craziness of ‘His & Hers,’ our previous show, onto ‘SportsCenter’, and they didn’t want that,” she said. “And I think part of the reason was because of a lot of the blowback from the Donald Trump stuff. They just wanted that story to go away. They wanted it to be a vanilla ‘SportsCenter’ and everyone go home and safely tuck yourself in bed.

“I think they felt like us being ourselves was too much for the ‘SportsCenter’ audience to handle. It didn’t become fun for me. It is interesting how this works and how the universe can sometimes work,” Hill said.

Just as some people still think Hill made her comments about Trump on the air, there are people who think that she was kicked off of “SportsCenter.” That wasn’t the case.

“It was in the contract, man,” she said. “ I didn’t get kicked off, I chose to leave because the experience wasn’t fun for me anymore.” 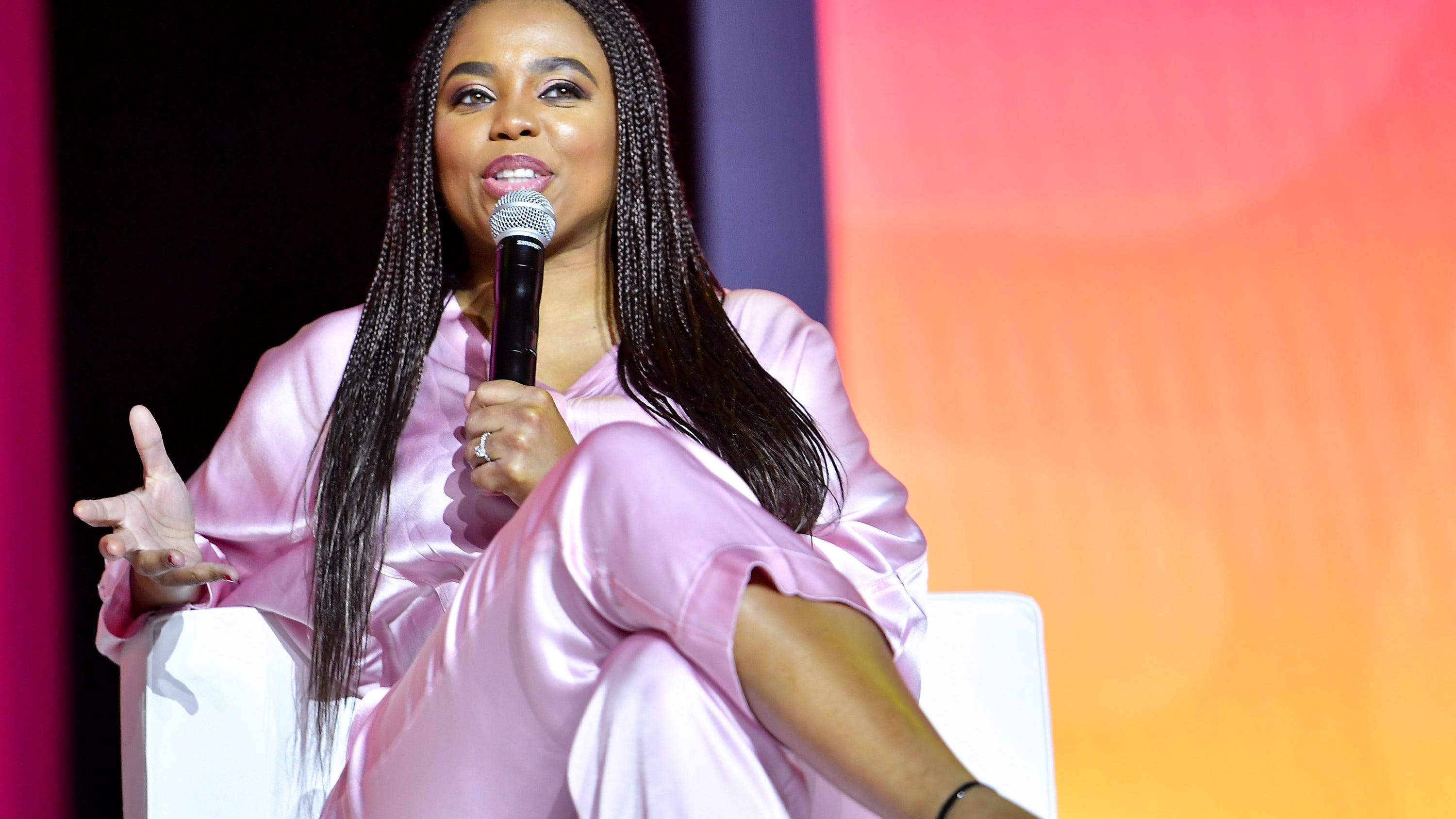