In celebrating the tenth anniversary of “Linsanity,” HBO will premiere a new documentary chronicling Jeremy Lin’s improbable rise to the top of his sport—if only for a few weeks—with “38 at the Garden” set to debut Tuesday, October 11th on streaming service HBO Max. Apart from a two-week stretch in 2012 where he became a global phenomenon, Lin’s NBA career was largely unremarkable, living a journeyman’s existence with stints in Golden State, Houston, Los Angeles, Charlotte, Brooklyn, Atlanta and, most recently, Toronto. Reflecting on his overnight success (fleeting as it was), the former Knick wishes he had enjoyed it more, staying present instead of obsessing over what was next.

“One of my biggest regrets in life, I wish I had slowed down and embraced the journey,” said Lin during his appearance Wednesday on The Dan Le Batard Show with Stugotz. “I spent so much time thinking, ‘If only I could get to [being] a rotation player in the NBA, I’d be happy.’ And I finally got there and it was just a new goal. So if I could go back, I would just slow down and really embrace every day, all the small wins.”

Promoted to the starting lineup following injuries to teammates Baron Davis and Iman Shumpert (coupled with the release of veteran Chauncey Billups), Lin immediately became the toast of New York, taking the league by storm with memorable performances against the Lakers, Raptors and Jazz, winning a head-to-head matchup with All-Star Deron Williams in the latter.

“The crazy part, and I don’t even know if people are going to believe me when I say it, but I was happier in some of the lowest moments of my career, like after that injury in Brooklyn when I ruptured my patella tendon and missed 81 games,” said Lin, who now plays overseas in China for the Guangzhou Loong Lions. “When I was in the middle of Linsanity, I didn’t enjoy it. I didn’t know how to because I didn’t know how to be somebody and prove something to be fulfilled. And then by the time that I was proving and doing all these things, I realized it wasn’t fulfilling.”

While fans couldn’t get enough of Lin’s rags-to-riches character arc, going from an undrafted Harvard alum living on his brother’s couch to an NBA regular and eventual league champion with the Raptors in 2019, Lin sensed resentment from opponents, including the Miami Heat’s vaunted “Big Three” of LeBron James, Dwyane Wade and Chris Bosh, who conspired to make his life a living Hell whenever their paths crossed.

“It was almost like a fun game that they were all in on that I wasn’t aware of. Of just who could make my life the most miserable,” said Lin, recalling the way Miami players would dial up the intensity with hard fouls and suffocating defense, going out of their way to intimidate him. “Right from the jump, I was seeing LeBron, Dwyane Wade, Mario Chalmers, I mean they were playing defense. Like Chris Bosh was coming out on pick-and-rolls 12 seconds into the game. They’re almost hard-hedging doubling me and I’m like, ‘Where am I? What’s going on? You guys know we have Amar'e [Stoudemire] and Carmelo [Anthony] on this team too, right?’”

Lin feels his NBA contemporaries perceived him differently because of his race, wanting to expose him as an outsider. “My whole life, when people saw me, it was either, ‘He’s Asian, he’s lunch meat. I’m going to go after him. This is going to be hilarious. I’m going to abuse this guy on the court.’ Or, ‘He’s Asian. I better not let him score on me or do anything remotely embarrassing to me.’ No matter what, there was a target on my back,” said Lin of being a minority in a league where less than one percent of players identity as Asian or Asian American. “Now you add in Linsanity and it’s like three times what that intensity would normally be.”

While Lin acknowledges the challenges he faced, both personally and professionally, at the height of his fame, the 34-year-old is thankful he got to experience it, recognizing what a unique opportunity he had with the Knicks in 2012. “I try not to complain too much because the pros far outweigh the cons,” said Lin. “There is no crash course for what to do when you become the most Google-searched person on the planet overnight. That course is not offered at Harvard. It was just baptism by fire. Learning a lot, figuring out a lot and, honestly, exposing a lot of who I am and my character to myself.” 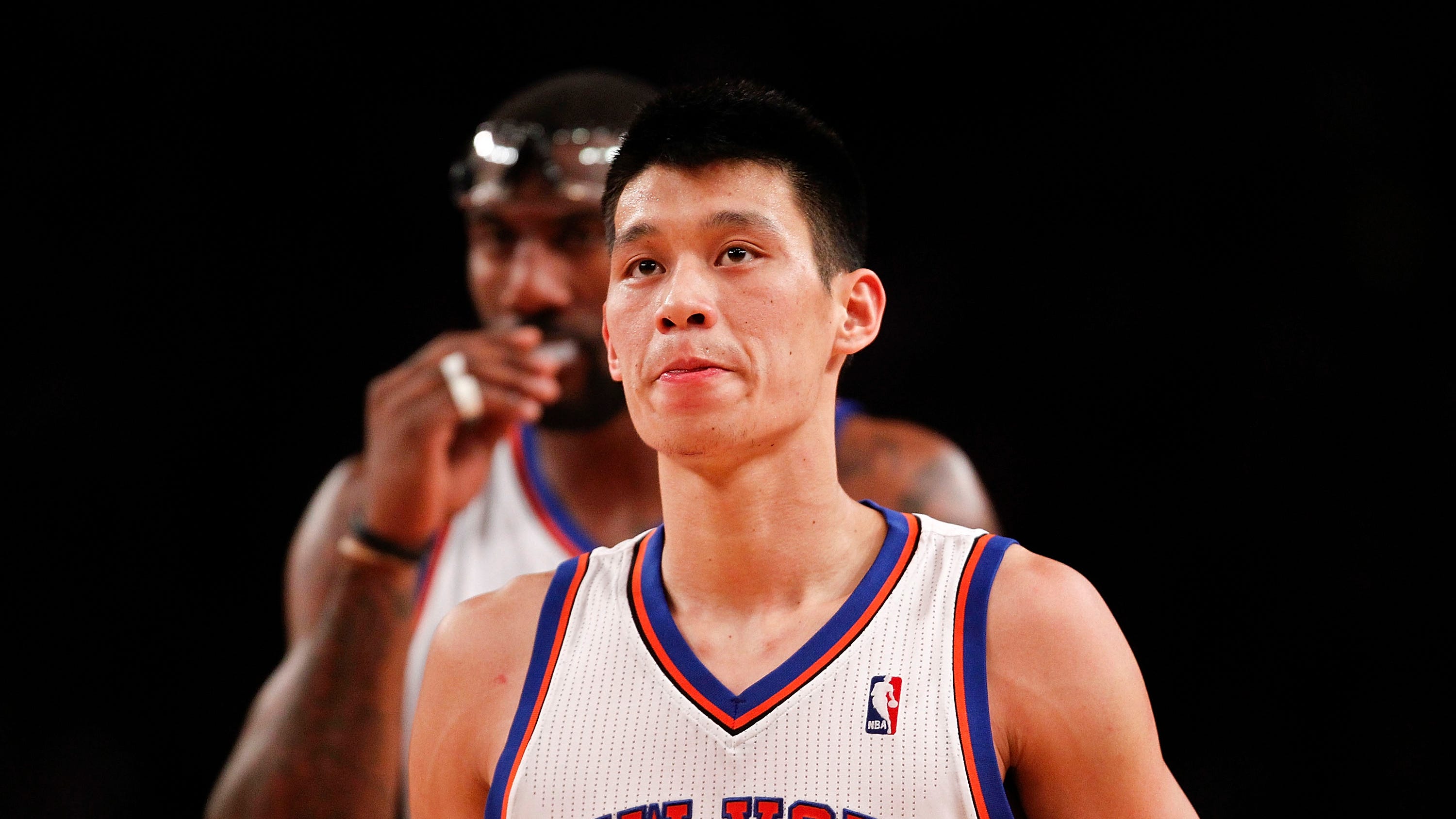