Back in mid-June, the New York Yankees became the seventh-fastest club to reach the 50-win milestone in a regular season, as they owned a laudable 50-17 record through 67 games with a 12-game lead in the AL East. The team also had the league's highest win percentage (.746) at the time, on pace to win 121 games and become the greatest regular-season performer in baseball history. But, the Yankees are no longer surging like it's 1998 -- blame it on mediocrity.

Due to underwhelming play in July -- and a post-trade deadline swoon in early August -- their hopes of surpassing the 1998 win total of 114 games seems far-fetched. Dating back to July 8, when the division lead was a comfortable 15.5 games, the Yankees have dropped 18 of 28 games, and lost seven of their last eight. In spite of Aaron Judge's astounding campaign at the plate, New York's offense has been struggling. The skid, coupled with regression and injuries to key contributors, has placed pressure on a team that's 30 games above .500.

"Look, they're still a great team. They're going to make the playoffs and going to win the AL East. But they need home-field advantage," Buster Olney said in the latest episode of the Baseball Tonight podcast. "Now they're in a position where it's going to be a battle down the stretch [with the Astros]. That's not a great thing for the Yankees. When you look at recent history, 2017, eliminated in Game 7 in Houston; 2019, eliminated in Game 6 in Houston; 2021, they lose the wild-card game in Boston. I think it's a big deal that they get home-field." 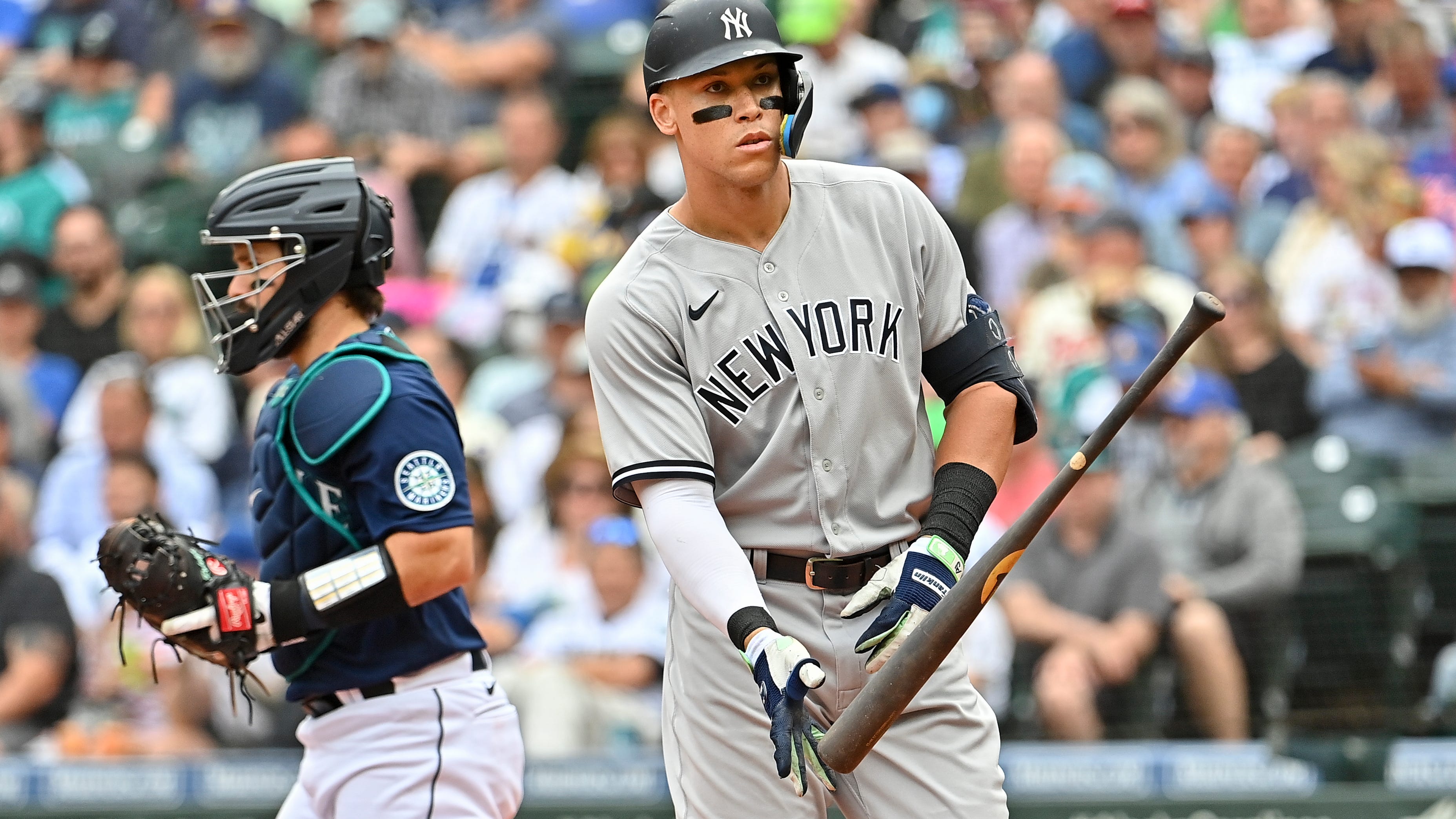 Scuffling Yankees trying to survive dog days: 'Have to dig a little deeper'

"This, to me, is a depleted team... There are different guys coming out of their bullpen, and there aren't the same people in the batting order," ESPN baseball voice Karl Ravech told Olney. "All those things contribute to, in the short-term, a decaying tooth. It can be fixed, and they can get healthy. They can go to the dentist, and be as strong as they once were -- short of the bullpen, which is a very big part of where they're at. But, home-field is another layer on a seven-layer cake. And to me, it's not the top one..."

The Yankees (71-41) will wrap up their nine-game road trip this weekend, with a three-game set against the Boston Red Sox. According to FiveThirtyEight's projections, New York currently has a 97-percent chance to claim the AL East and an AL-best 17-percent chance to win their first championship since 2009. However, by these metrics, the Yankees won't capture home-field advantage. FiveThirtyEight has the Astros finishing one-win better (102-60), and entering Friday, they own a half-game lead over the Yankees for top record in the AL.

The entire MLB conversation between Olney and Ravech can be accessed in the audio player above.