The two biggest talking heads in sports media today got into one of the weirdest feuds last week.

For everyone unaware, Skip Bayless spent an entire episode of his podcast addressing Smith claiming Bayless was "begging" him to join First Take in 2012 while appearing on JJ Redick's podcast. Bayless said he felt "stung" and "blindsided" by Smith's remarks.

The reason Smith gives is that the ratings were down at the time and believing that Bayless had taken the show as far as he could, he turned to Smith to help add some zest to the show. The FS1 pundit all but shut down that idea, saying the ratings were great and he was actually behind the scenes pulling for the network to bring back Smith after the two parties failed to reach a contract agreement in 2009.

On the newest episode of The Skip Bayless Show, Bayless said he and Smith have finally hashed things out at his house in Los Angeles but admitted it wasn't the easiest conversation to have.

“It wasn’t the easiest conversation, for a while, but we slowly but surely sorted it all out,” Bayless said on “The Skip Bayless Show.”

“We got through it — and we have been through so much together. We’re still standing. We’re okay now. In fact, I’m going to go so far, if I can be a little presumptuous, to say we’re good now. You know why? Because I love this man no matter what. That’s my conclusion. Unconditionally. And I believe he loves me. And I am proud of that. I cherish that.”

Bayless backed up his statements with a tweet by saying he trust Smith with his life and will always have his back. Smith responded by saying the feeling is mutual.

"The love is always here, my brother. Always! We Are Good!" Smith tweeted.

The love is always here, my brother. Always! We Are Good! https://t.co/iyXXrFl7nK

From 2012 to 2016, Smith and Bayless went head to head with each other every day debating some of the hottest topics in sports. Whether or not you are a fan of the debate show format, the two personalities have certainly changed the way we see sports television forever.

Bayless jumped over for FS1 to start Undisputed with Shannon Sharpe in 2016 while Smith stayed at ESPN, becoming the network's highest-paid analyst. 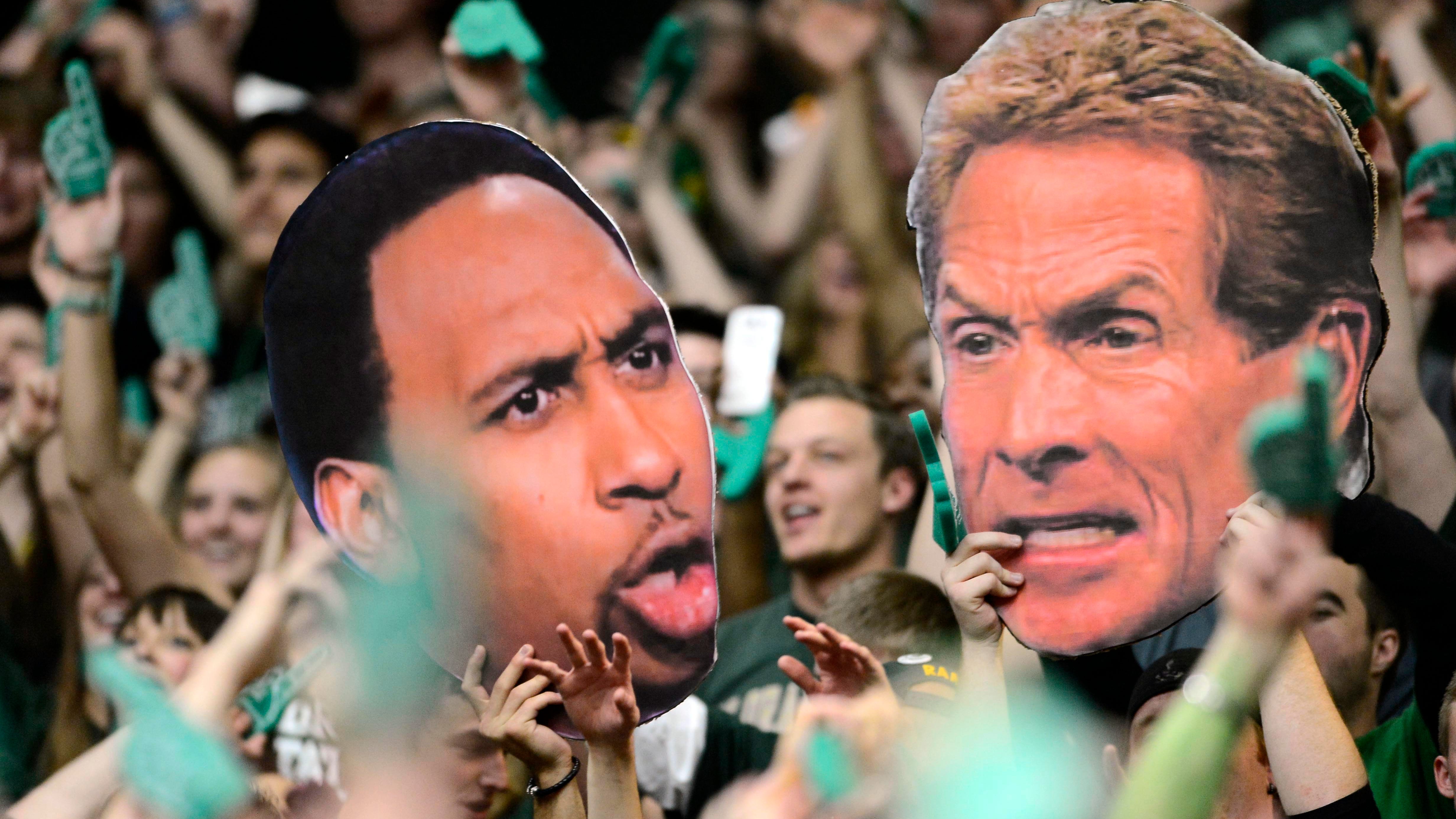 Skip Bayless and Stephen A. Smith were involved in the weirdest feud this week