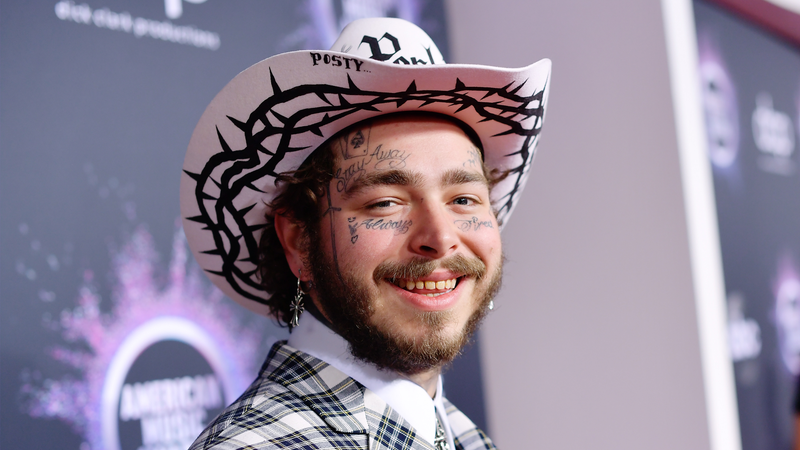 Rap, Pop, and as of late Country, Post Malone can really do the most. Point is, there isn’t a genre of music Post has taken on that he didn’t pretty much slay, and once again he’s here to show off his chameleon ways.

Listen to your favorite music now on RADIO.COM

Going all country for Matthew and Camila McConaughey's We're Texas virtual benefit concert to help their fellow Texans. After a quick “Hey guys, it’s Posty,” he toasted the band with a can of Bud Light and proceeded to play some of his “favorite Country-esque tunes and just have a good time."

Backed by Dwight Yoakam's band, Post started things off with Brad Paisley's "I'm Gonna Miss Her," later followed by a fun and rowdy take on Sturgill Simpson's "You Can Have the Crown.”

Choosing the Country route clearly made sense since the benefit was for Texas after all, the state Post Malone calls home (he hails from Grapevine). Not to mention Posty’s admittedly part of the Country music fandom, previously teaming up with Yokam for the Greater Bakersfield series, and separately sharing, that like many of us, he’s a Shania Twain superfan and also Dolly Parton obsessed.

In addition to Post doing his twangy thang, the genre was well represented with a star-studded lineup that included Willie Nelson, Kacey Musgraves, Miranda Lambert and George Strait, who all (virtually) joined in to raise money for their fellow Texans.

If you didn’t have a chance to catch Sunday’s livestream, no need to eat sorrow by the spoonful, because you can watch it all from start to finish, including Posty’s performance, below. Now ain’t that just sweeter than stolen honey?