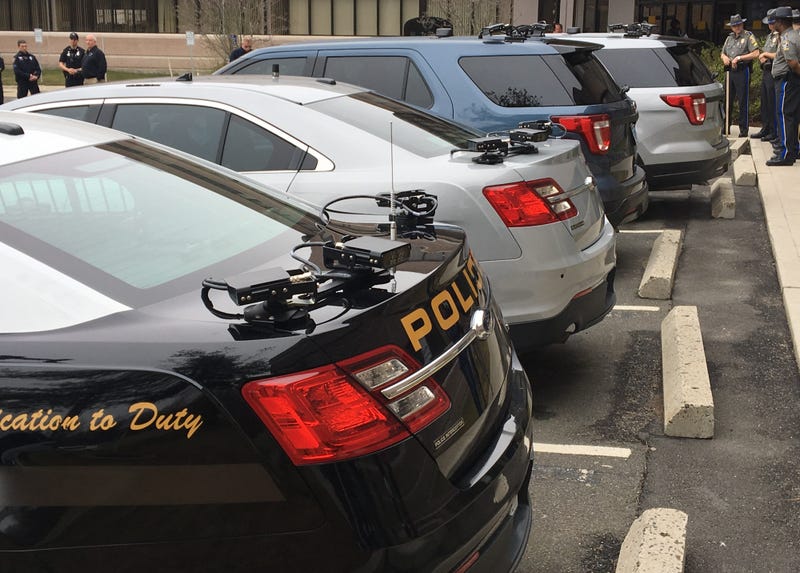 The agency began rolling out the scanners in 2012 and now has 42 of the cruiser-mounted units. The cameras are capable of scanning thousands of license plates a day for missing persons, expired registrations, and other violations.

Last July, one of the scanners flagged a murder suspect wanted in New York City.

State police have also begun opening up their database to municipal police departments. Police in Cheshire, Guilford, Wallingford and Shelton have access to the system. Some cities such as Hartford also have their own license plate scanning systems.

Civil libertarians have raised concerns about what happens to the license plate data. State police say scans are deleted after about 90 days unless they're part of an investigation.