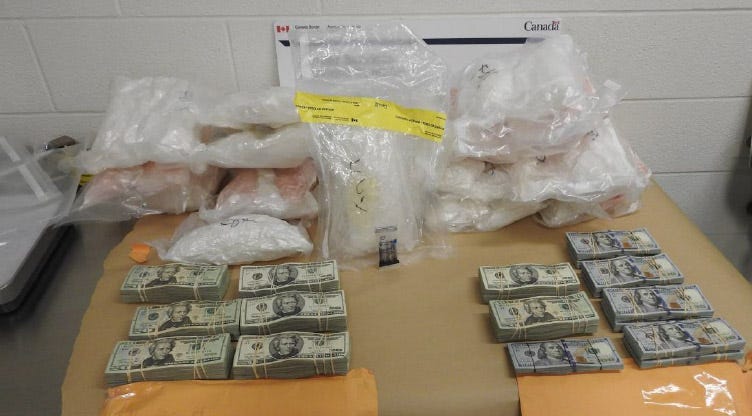 According to the Canada Border Services Agency, a semi truck stopped and searched at the Blue Water Bridge last Thursday was found to be hauling 23 clear wrapped packages, which tested positive for methamphetamine.

"This seizure is another great example of the outstanding work done by the Canada Border Services Agency who continue to keep illegal drugs and other contraband off of our streets," said Christine Durocher, A/Regional Director General, Southern Ontario Region, CBSA, in a statement.

Barac is charged with the following:

Barac remains in custody awaiting his next court date in Sarnia, Ontario next Tuesday.

Meanwhile, an investigation by the London RCMP Border Integrity Team and police continues to determine where the drugs came from, and where they were headed.