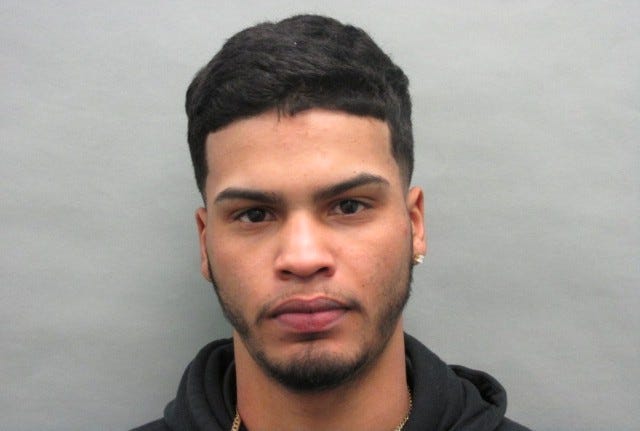 (WWJ) A Detroit man who led police on a chase from Taylor to Detroit is accused of beating his girlfriend with a tire iron.

According to investigators, Santos-Santos attacked the 35-year-old mother of his child before leading police on a chase that ended at I-96 and the Davison Freeway.

At around 7 a.m., a Taylor police officer was in the area of eastbound I-94 and Monroe in Taylor, when he reported he saw a the female driver of a red Jeep exit the freeway while screaming for help and pointing to the male passenger. The officer approached the vehicle, police said, and that's when the passenger, later identified as Santos-Santos, forced the woman out of the Jeep. He then sped away.

MSP troopers responded and, after a short pursuit, the Jeep was boxed in by troopers and crashed on the Davison Ave. ramp.

Two small kids — a 5-year-old boy and an 8-month-old girl were found in the backseat of the Jeep.

It is alleged that Santos-Santos beat the victim in the head and body with a tire-iron as she was driving the Jeep through several communities, according to prosecutors, and that earlier in the day he struck his young son in the head.

The victims are recovering.

Bond for Santos-Santos was set at $7,500/10% at an arraignment in 34th District Court Saturday, If he is released on bond, Santos-Santos must where a GPS tether,

He will be back in court for a probable cause conference on July 6, followed by a preliminary exam scheduled for July 13.