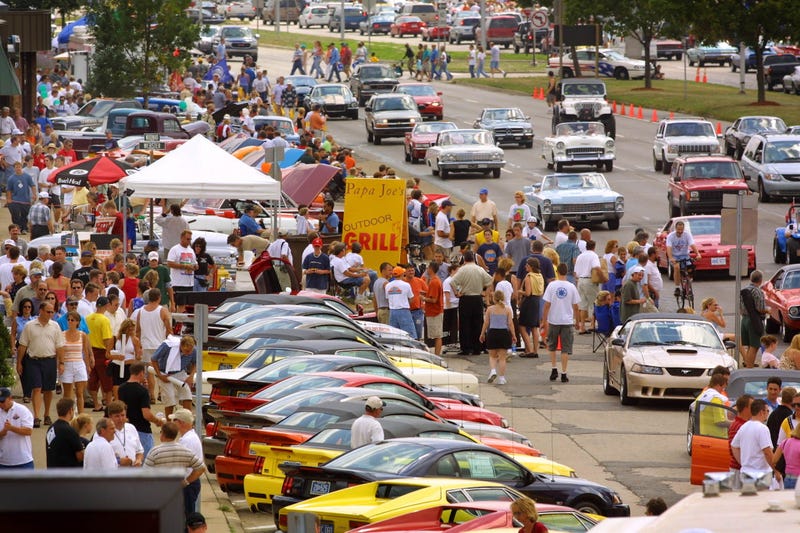 (WWJ) The organizers of the Woodward Dream Cruise say they will decide by June 29 whether or not the 2020 Cruise can go ahead with the ongoing threat of COVID-19.

Woodward Dream Cruise, Inc. President Michael Lary says there is a lot to consider when it comes to public health and safety.

"We will be factoring the input from the cities, the police chiefs and Oakland County executives when it comes to either how spectators may responsibly watch the flow of classic vehicles or to the difficult decision to cancel the event,” said Lary, in a statement.

This news comes as more and more is opening back up in metro Detroit. On Monday, Gov. Gretchen Whitmer allowed bars and restaurants to reopen for dine-in customers, with social distancing and safety measures in place, and barbershops and salons will be permitted to open statewide on June 15.

However, big events such as spring and summer concerts and festivals continue to be canceled. One notable exception to that: Detroit leaders said the city's annual fireworks display will go on —  just a little later than usual, on Aug. 31, and with no crowds allowed. (More on that here).

The Woodward Dream Cruise, a cultural phenomenon in greater Detroit, is sponsored each year by WWJ Newsradio 950's sister station, 104.3 WOMC. The Cruise began in 1995 by Ferndale resident, the late Nelson House, as an event to raise funds to build a soccer field for the young people of the community. Since then, the Woodward Dream Cruise in cooperation with the nine participating communities of Berkley, Birmingham, Bloomfield Hills, Bloomfield Township, Ferndale, Huntington Woods, Pleasant Ridge, Pontiac and Royal Oak has grown to become the largest one-day car cruise in North America.