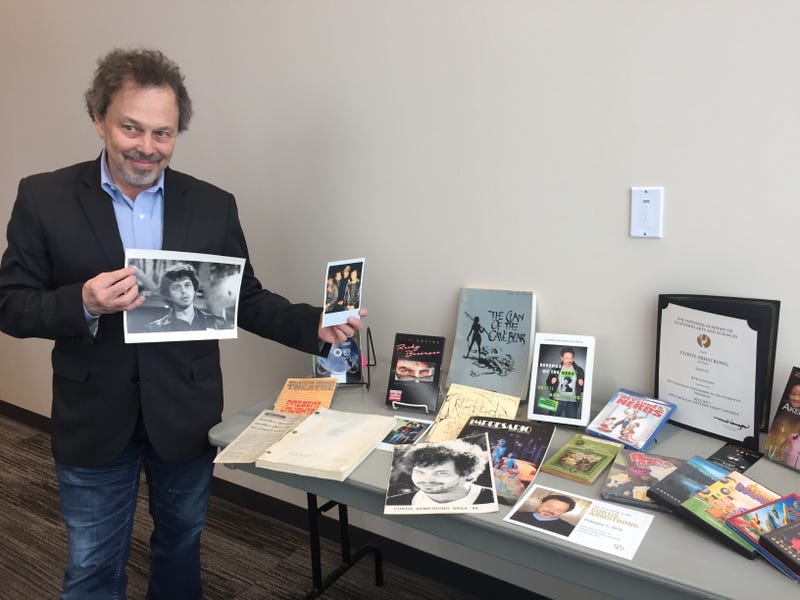 DETROIT (WWJ) - A well-known actor who's graced both stage and screen returned home to Michigan recently to make a very special presentation to his alma mater. Curtis Armstrong, a 1975 graduate of Oakland University, was back on campus to donate a treasure trove of material from his illustrious career.  Some of Armstrong's most well-known roles are in the "Revenge of the Nerds" movies and in "Risky Business," in which he starred alongside Tom Cruise.

"This is the original script from "Risky Business," rather different than the final version," Armstrong said.  This was ... Noel Coward's 'Present Laughter', the last play I did at Meadowbrook, my book here; my memoir - 'Revenge of the Nerd' - and then this is the second book that I wrote with Elliott Millstein."

Armstrong currently has more than 150 credits on his IMDb profile.

"I've got stuff, programs and things from Berkley High School.  I mean, I literally -- from the moment I got on a stage in front of people -- I started keeping stuff."

If there's anyone in showbiz who has a career that's to be admired, it's Armstrong, who after 40 years in the business is showing no signs of slowing down, with plenty of projects in the pipeline.

"Aside from 'American Dad!' which keeps on going, I mean it's 15 years or something now, or more, I'm doing 'Champaign, Illinois', a series with Adam Pally and Sam Richardson; Sam's from Detroit as well; and Allyce Beasley, who was my love interest on Moonlighting all those years ago.  That's on YouTube Red now.  And also on Sci-Fi, a series called 'Happy'; I'm doing the second season of that coming up in February ... or March.  And a new DC show called Dune Patrol."

The collection Armstrong donated to OU also includes numerous DVDs, personal photos and even his nomination for a daytime Emmy Award.

"We're going to process the collection, so organize it, put it into boxes that are archival quality, to ensure their longtime preservation," said Dominique Daniel, coordinator of archives and special collections.

Following the archival process, Armstrong's collection will be available to the public online, and in the OU archives.

See you at the movies!