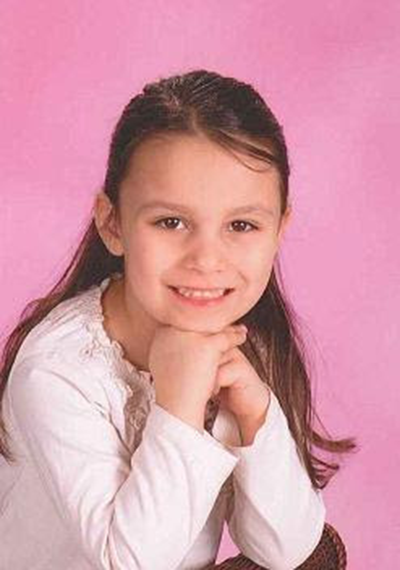 MONROE, Mich. (WWJ) - Authorities are again renewing their call for tips in the case of a 5-year-old Michigan girl abducted and murdered a decade ago.

This Friday, May 24, 2019, marks the 10 year anniversary of the disappearance of Nevaeh Buchanan.

The child was last seen alive on May 24, 2009 as she was playing in the parking lot of the Charlotte Arms apartment complex on N. Macomb St. in Monroe, located between Detroit and Toledo, Ohio.

Her badly decomposed body was found eleven days later buried under concrete on the banks of the River Raisin. An autopsy concluded that Nevaeh had suffocated after inhaling dirt, leading investigators to believe that she likely was buried alive.

While there have been no charged brought in the case, it remains an open investigation, according to a new release by the Monroe County Sheriff's Office on Wednesday.

Sheriff Dale Malone said his department has investigated over 2,000 tips that have been received, and will continue to investigate any and all tips that come in. "As we continue to work the case we are always searching for leads and information to help solve this crime," the sheriff added.

Anyone who has any information about this case should call the Monroe County Sheriff's Office Detective Bureau at 734-240-7530, send an email to tellthesheriff@monroemi.org or message the department via its Facebook page.

All leads and tips will be kept anonymous.