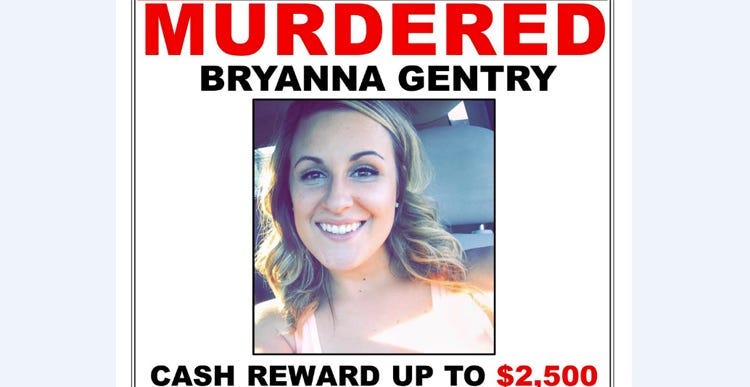 (WWJ) A 2,500 reward is offered for the tip leading to an arrest in the case of a young mother, shot to death Downriver.

Crime Stoppers says the family of 26-year-old Bryanna Gentry wants to know why, and by whom, she was murdered at around 7 p.m. Tuesday, February 19, 2019, in River Rouge.

Family members say Gentry had made plans to travel up north to see her grandparents that day, but changed her mind and decided to leave the next morning. Instead, Gentry took her son and went to her boyfriend’s home -- at 475 Polk Ave between Hall and Eaton St. -- for a visit.

Police would later respond to the home to find Gentry shot to death. Her child was not harmed.

A motive for the slaying is unknown, and no suspects have been identified.

Gentry attended Sandusky High School in Sandusky, Michigan, where she played on the basketball and volleyball teams. She then attended cosmetology school, recently graduating as an esthetician. Gentry worked Bella Viso Salon in Lathrup Village, and often volunteered for the ACLU, while she awaited her esthetician’s license -- planning to open her own shop. Crime Stoppers adds that she "was a proud mom to her son."

Anyone with information about this crime should call Crime Stoppers at 1-800-SPEAK-UP UP (1-800-773-2587). Tips may also be submitted by texting CSM and the tip to CRIMES (2746370).  As always, tipsters may stay 100 percent anonymous, will not be asked their names, to speak to police or to testify in court.

Cash rewards are paid by Crime Stoppers upon an arrest in a case.