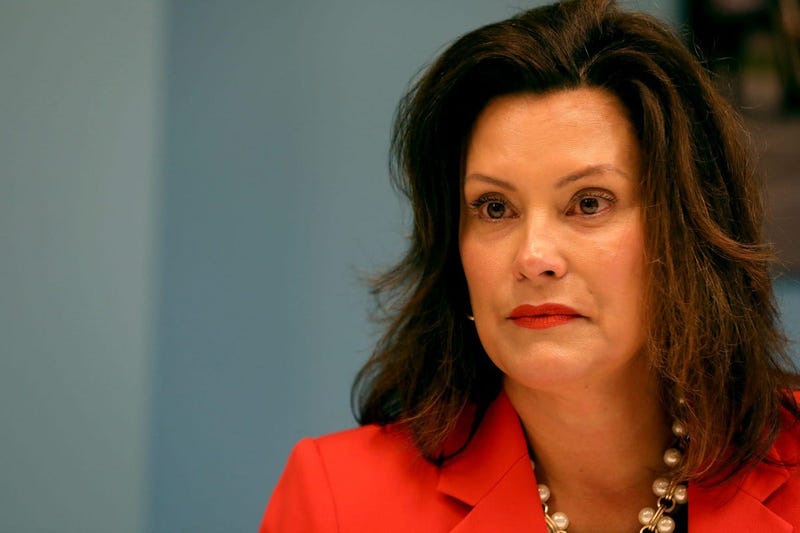 That was the message from Gov. Gretchen Whitmer about Michigan on Good Friday, as many families struggled to navigate the first holiday amid a new normal -- life without public interaction.

Speaking live on WWJ 950, Whitmer told Roberta Jasina and Tom Jordan that she knows it's difficult for people to maintain social distance for an extended time. But it has to be done.

The governor's advice: "We have to grit our teeth and get through the next three weeks."

She added we're "still a little ways out" from the apex of cases, but the limited numbers of tests have made it impossible to predict with any clarity when that will happen.

Whitmer extended her stay home, stay safe order until April 30, even strengthening it in some areas. The number of people who can be inside grocery stores at any given time is now limited, and many stores have set it up so that certain areas -- like the meat counter -- are now off limits. Meat is held in refrigerated cases to limit interaction between customers and staff.

Her extension of the order came amid criticism from Republicans and others who are chomping at the bit to get the economy moving again. A record 800,000 Michiganders have filed for unemployment in the last three weeks.

A Facebook group called Michiganders Against Quarantine has dozens of posts from people who say things like, "We cannot let these people do this to us" and "this is pure panic and fear driven."

Senate Majority Leader Mike Shirkey believes the order should be revised for seeing “little to no growth” in COVID-19 infection rates. “The Senate Republicans have faith in our citizens.  We believe individuals who are made aware of the importance of healthy behaviors will wash their hands, practice social distancing, and wear masks," Shirkey wrote in a release, urging the governor to reopen parts of the state that are experiencing fewer new cases.

The latest map of cases shows that metro Detroit is a hotspot, while rural areas to the north and west have relatively few cases. SEE IT HERE.

"The more porous it is, the less likely it is to work," was Whitmer's response to questions about the order.

She added that the state is soon "going to start to see our curve flatten, but that's why we need to double down on what we're doing."

With her focus on coronavirus, pundits across the country are asking another question and wondering if Michigan's governor, who has been thrust into the spotlight for sparring with President Donald Trump during a pandemic while handling the third highest numbers of cases in the country, might have her sights set on the White House.

She's been named by many as a top contender for vice presidency, but Whitmer demurred when asked about it Friday morning.

"It is certainly an honor to be included among the conversation, but I really don't have any time for that kind of talk in my life," she said.