(WWJ) A massive fire at a Pontiac home has killed two men and injured five others.

The Oakland County Sheriff’s Office reports eleven adults were inside the multi-family house on St. Clair St. near Kenneth and Brennan when the flames broke out, around 2:45 Monday morning.

Deputies and Waterford Regional Fire Department arrived on scene to find the house “engulfed in flames,” the sheriff’s office said.

A Pontiac man, 36, spoke with deputies saying his stepson, 19, who has autism was staying with him. He told investigators: when the fire broke out, he told his stepson to follow him out of the second-story window, but the stepson refused. The stepson has not been accounted for or been seen leaving the building. 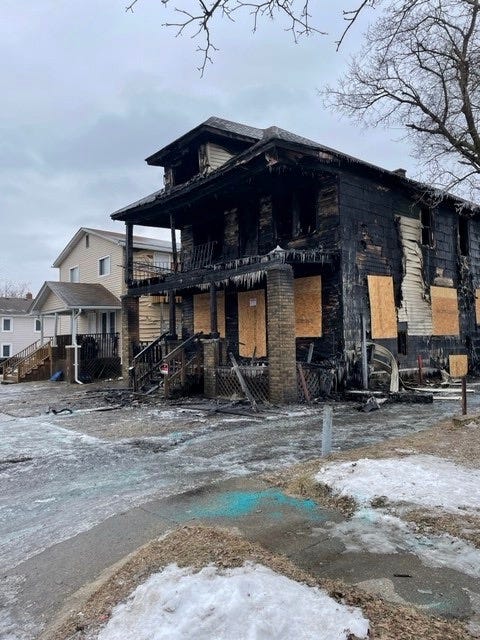 One body was found in a second-story bedroom, the other in the kitchen. They have not been identified.

A number of the residents were able to escape by jumping out the windows, the sheriff’s office said.

Two Pontiac men in their late sixties suffered smoke inhalation. A Pontiac man in his late fifties broke his leg. None of the injuries appear to be life-threatening, according to investigators.

The cause of the fire remains under investigation.