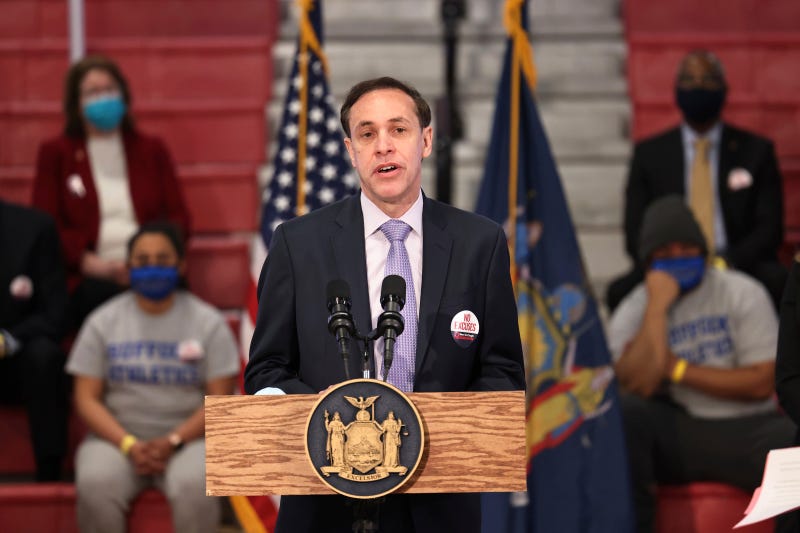 Hochul thanked Zucker for his service and said he has agreed to stay on until the state names a new commissioner.

“I agree with his decision,” said Hochul, adding that Zucker’s resignation follows her previously announced plans to hire her own team. Her predecessor resigned in the wake of a damning attorney general report that found Cuomo sexually harassed at least 11 women.

Zucker, appointed by Cuomo as health commissioner in 2015, was a leading figure in the state's pandemic response last year as the New York City metro area became one of the world's worst COVID-19 hot spots.

Cuomo often praised Zucker for his leadership, and the two appeared together regularly at the Democrat's widely watched televised briefings. Cuomo touted Zucker's resume: he became one of the nation’s youngest doctors at age 22, later earned a law degree, and worked at the White House and World Health Organization.

Under Zucker, the Department of Health worked with hospitals statewide to ensure a surge of COVID-19 patients wouldn’t catastrophically overwhelm hospital systems.