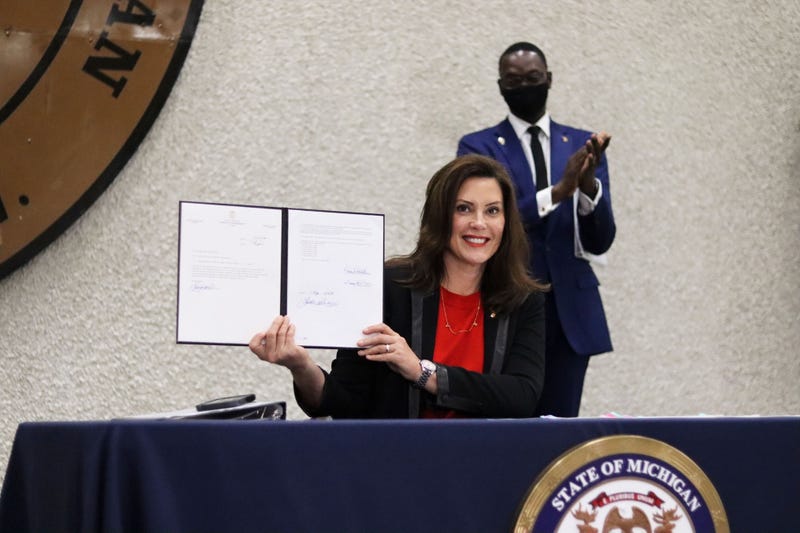 (WWJ) Hundreds of thousands of Michiganders could be eligible to have their criminal records erased under bipartisan legislation signed by Gov. Gretchen Whitmer.

The governor on Monday signed House Bills 4980-4985 and 5120 reforming Michigan’s criminal expungement law --, making it easier for people who have committed certain felonies and misdemeanors to have their records expunged.

Changes in the bills include allowing a person to set aside one or more marijuana offenses if the offense would not have been a crime if committed after December 6, 2018. That's when recreational marijuana use by adults became legal in the state under a voter-approved referendum.

During her 2018 campaign for governor, Whitmer said listed expungement for marijuana convictions would be one of her key priorities.

“This is a historic day in Michigan. These bipartisan bills are a game changer for people who are seeking opportunities for employment, housing, and more, and they will help ensure a clean slate for hundreds of thousands of Michiganders,” said Whitmer. “This is also an opportunity to grow our workforce and expand access to job training and education for so many people. I am proud to sign these bills today alongside Lieutenant Governor Gilchrist and many of the bipartisan leaders who worked on them.” 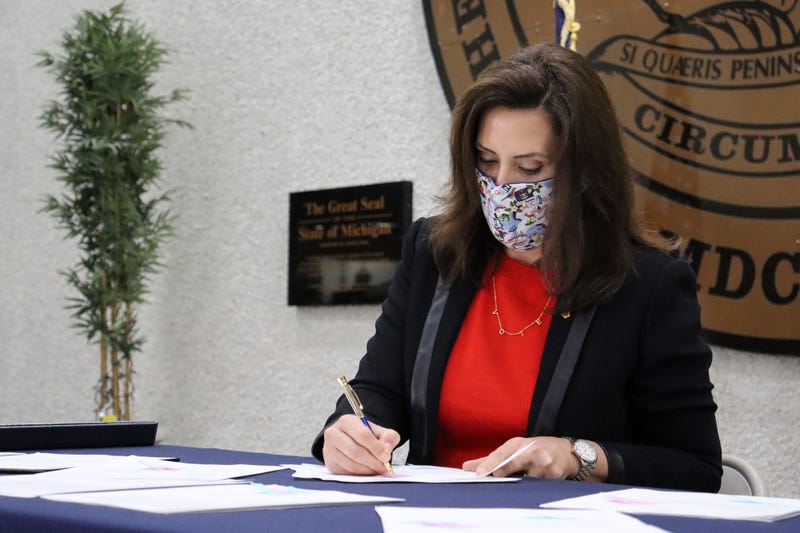 “This anti-poverty, pro-job opportunity Clean Slate legislation will reinvigorate the economic potential of hundreds of thousands of Michiganders whose records have hindered their availability to get a job or secure housing, and it will help us grow our workforce,” said Lt. Gov. Garlin Gilchrist II. “This is the right thing to do on behalf of people everywhere who deserve another chance, and will help improve livelihoods. There is more work to do, but Michigan has now established itself as a leader in removing barriers to economic opportunity for people who have made mistakes. I will continue to stand tall for Michiganders across the state who need someone in their corner.”

Research conducted by the University of Michigan law school, which was recently published by the Harvard Law Review, found that people who receive expungements see a 23% increase in income within a year. This means more resources for families and communities, and a broader tax base, without any negative impact on public safety.

- Creates an automatic process for setting aside eligible misdemeanors after seven years and eligible non-assaultive felonies after 10 years.
- Expands the number and revises the types of felonies and misdemeanors eligible to be set aside by application.
-  Revises the waiting periods before being eligible to apply.
- Treat multiple felonies or misdemeanor offenses arising from the same transaction as a single felony or misdemeanor conviction, provided the offenses happened within 24 hours of one another and are not assaultive crimes, or involves possession or use of a dangerous weapon, or is a crime that carries penalty of 10 or more years in prison.
- Expands expungement eligibility to various traffic offenses
- Allow a person to petition to set aside one or more marijuana offenses if the offense would not have been a crime if committed after the use of recreational marijuana by adults became legal in the state.

“Thousands of Detroiters who want to work and be a part of Detroit's comeback have been held back for too long because of mistakes they've made in their past,” said Detroit Mayor Mike Duggan. “Thanks to the Governor and our state legislators, more than 80,000 more Detroiters now will be eligible to have those past mistakes removed from their record and a chance at a new start. Detroit's Project Clean Slate has helped hundreds of people get their records expunged already. It's free, helps clients through the entire process and connects them to opportunities through Detroit At Work.”

Both Democrats and Republicans are on board.

“Everyone deserves the chance to build a good life for themselves and their families. But far too many people enter the criminal justice system and end up cut off from those opportunities and are pushed toward a cruel cycle of poverty and crime. That’s not right, and it creates bad outcomes for all of us,” added House Speaker Lee Chatfield (R-Levering). “These bills are an important step to righting that wrong and helping good people who’ve paid their debt get back on their feet. I am glad we were able to find common ground on this important issue and deliver reform that will help people statewide.”

“With the signing of these bills, Michigan becomes a national leader in empowering citizens to lead productive lives,” said Representative David LaGrand (D-Grand Rapids). “Michigan will be the first state in the nation to expunge some felonies automatically. I have planned to do everything I can to encourage other states to follow Michigan’s lead.”

“Every public servant strives to work on policies that give Michiganders more opportunities to access jobs and educational opportunities,” said Representative Graham Filler (R-DeWitt). “These expungement reforms will do just that, while at the same time increasing public safety and helping keep people invested in their communities. I was proud to work in a bipartisan, bicameral fashion to get these nation-leading reforms done.”

“This is a milestone in state criminal record-sealing policy that will help hundreds of thousands of people in Michigan and help drive the national conversation on reform forward,” Safe & Just Michigan Executive Director John S. Cooper said. “Safe & Just Michigan is grateful for all the hard work of Governor Whitmer, Lieutenant Governor Gilchrist, reform advocates, Clean Slate’s legislative champions, and other supporters over the last two years to make this day possible.”

The governor's office says Whitmer and Gilchrist have been committed to enacting criminal justice reforms since the day they took office. In April of 2019, Whitmer created the bipartisan Michigan Task Force on Jail and Pretrial Incarceration, chaired by Lieutenant Governor Gilchrist and Michigan Supreme Court Chief Justice Bridget McCormack, which reviewed the state’s jail and court data to expand alternatives to jail, safely reduce jail admissions and length of stay, and improve the effectiveness of the front end of Michigan’s justice system. The task force has produced a report and made recommendations.

In May of 2019, Whitmer signed into law, bipartisan bills reforming “Civil Asset Forfeiture,” limiting and in some cases ending the ability of law enforcement agencies to seize a person's property before that person has been judged and convicted. Whitmer also signed “Raise the Age” into law which was an 18-bill package that increased  the age of who is legally considered a juvenile or an adult in the criminal justice system from 17 to 18 years old With the passage of “Raise the Age,” Michigan joined 46 other states in ending the unjust practice of charging and punishing children as adults when they make mistakes.